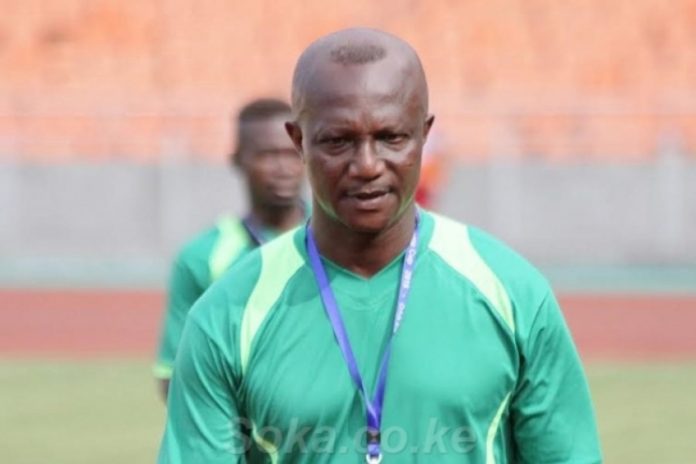 In light of their defeat by Kenya in Nairobi earlier this month, the matches against the Leone Stars will take on extra significance.
One are of the team that coach Kwesi Appiah needs to improve is his side’s goalscoring, with the Black Stars regularly creating a litany of chances, but spurning far too many.
Chances created in Nairobi went into double figures, but not a single one was taken.
Expect Appiah to be paying particular attention to his potential striking options in the build-up to the next matchday, and the success or otherwise of his quest could determine whether Ghana make it to an eighth straight AFCON.
Appiah’s decision to overlook captain Asamoah Gyan and Ayew brothers Andre and Jordan for the clash with Kenya raised many questions, but the trio have done little to answer them during their recent club performances.
Gyan was not involved at all for Kayserispor as they lost at Konyaspor this weekend; he has worryingly played only 35 minutes of football this term.
Appiah clearly doesn’t believe that an inactive Gyan offers more than various other options, even if some Ghana fans may disagree. While Gyan’s lack of playing time makes his omission easy, the Ayew brothers have used their time on the pitch to prompt doubts about Appiah’s decision to cull them from his squad.
Jordan Ayew has worked his way into the Crystal Palace set up and started the last two games. He capped off a bright performance away at Huddersfield Town with the decisive assist the week before last, and surely offers more than Raphael Dwamena or Majeed Waris.
However, while the sporting case for the Ayews’ inclusion may be getting stronger, it remains to be seen whether Appiah could be convinced that their return would be good for the team dynamic.
Richmond Boakye missed out on the last Ghana squad, but his return to Serbia has led to immediate results, which should ensure that he’s the first-choice striker against Sierra Leone.
He’s netted three times in two league games, and also netted the equaliser in the Belgrade derby against Partizan on Sunday.
His form has coincided with what has been a dip for Dwamena, who has yet to get going since his arrival in Spain with Levante.
Elsewhere, Kwadwo Asamoah was curiously overlooked for Ghana’s starting XI against Kenya, but has delivered two fine performances in the space of four days, playing 90 minutes as Inter dispatched both Tottenham Hotspur and Sampdoria.
His excellent, consistent showings have boosted optimism that his injury worries are now firmly behind him, although Inter’s decision to use him on the left side may quell Ghanaian hopes that Appiah will restore him to his original central midfield role.
Elsewhere, two midfielders who have done enough at club level to warrant consideration by Appiah are Alfred Duncan and Bernard Mensah.
The former has played every minute for Sassuolo in Serie A so far this term, and his performances in their midfield should heap pressure on the Black Stars’ starting duo – Afriyie Acquah and Ebenezer Ofori.
In Turkey, Mensah has shone for Kayserispor after moving on loan from Atletico Madrid. His form, notably with a strike in the 3-2 victory at Fenerbahce, has come in stark contrast to Gyan’s inactivity at the same club.
It surely won’t be long before he adds to his three caps to date.