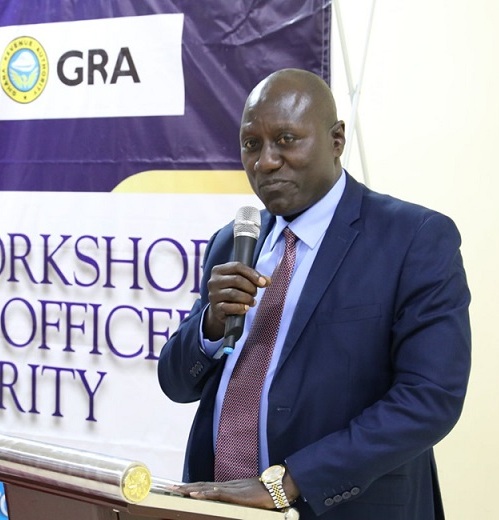 The Ghana Revenue Authority (GRA) has dissociated itself from the recent angry comments made by the Commissioner of GRA’s Customs Division, Colonel (Rtd) Kwadwo Damoah accusing the Special Prosecutor of deliberately targeting him.

Following the release of a report of the Office of the Special Prosecutor (OSP) on the alleged commission of corruption and corruption-related offences involving the Labianca Group of Companies and the Customs Division of GRA, Colonel (Rtd) Kwadwo Damoah, took a swipe at the OSP.

Col. Damoah said of the report: “If you read it very well, there is nothing in it. It is hollow.”

He also disclosed underlying friction between himself and the Special Prosecutor, Kissi Agyabeng.

But the revenue authority in a statement said the comments made by Col Kwadwo Damoah at the Customs Management Retreat on Wednesday, August 10, 2022, on the outcomes of the investigation “were made in his personal capacity and do not convey the opinion of the Board and Management of GRA.”

The Authority stated for the record that it accords the Office of the Special Prosecutor the needed respect and dignity.

The GRA further said it is studying the outcomes of the report in detail and will not hesitate to ensure that, per its mandate, all processes and procedures that are identified to lead to the loss of revenue or have the potential to lead to loss of revenue are blocked.

“GRA uses this opportunity to assure all stakeholders of GRA and the general public that GRA has taken steps to ensure that all allegations of impropriety on the part of any of its staff are promptly and decisively investigated and that all cases of tax evasion or other acts that are contrary to the Laws governing the Authority will be dealt with.”

What the report said about Col. Damoah’s role

One of Col. Damoah’s deputies, Joseph Adu Kyei, was cited in the OSP report for issuing unlawful customs advance ruling in favour of Labianca company, thus denying the country the needed revenue.

This led to the reduction of the values of intended imports between a range of 5 percent and 10 percent
below the benchmark values.

The ruling was said to have been approved by Col. Damoah and did not appear to have been brought to the notice of the Commissioner-General, according to the report.

The Special Prosecutor has so far retrieved over GHc1 million from Labianca Group of Companies.