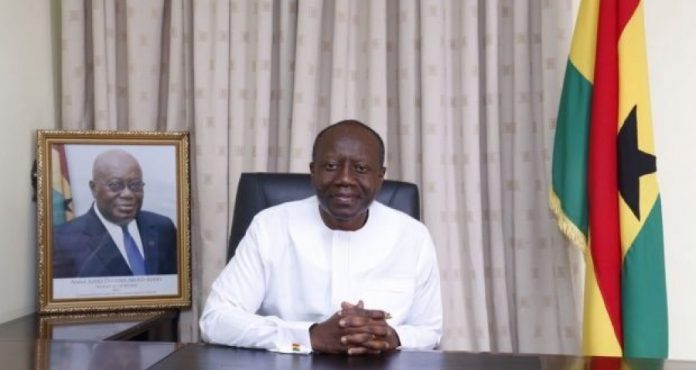 According to the banks, a significant portion of commercial banks’ funds has been advanced as credit mostly to government institutions and related government projects with overdue repayments, adding that such facilities have over the years been provided to support the economy.

They therefore said the transfer of the accounts without the settlement by the government of the overdue credit to government institutions and related (government) projects would create significant balance sheet mismatches and negatively impact on the financial sector in particular and the economy as a whole.

They also pointed out that “given government’s indebtedness to commercial banks and other concerns earlier raised, the banks are placed in a position which constrains us to meet the request to transfer Government of Ghana account balances to the Bank of Ghana.”

The local banks further noted that most of the covered entities were customers of the commercial banks and like any other customer, most of these entities have credit facilities from indigenous banks while maintaining that some even have deposit accounts with them.

“It will be lopsided if their accounts are moved without a correspondent settlement of their indebtedness.

About 11,500 bank accounts belonging to government were identified last year, out of which 5,500 were at BoG, while 6,000 were with commercial banks.

“Commercial banks in the country have been partners in the development agenda of the government. The banks have invested in, and deployed robust infrastructure and branch networks throughout the country, which are assisting governmental institutions in accessing their revenues in areas which would otherwise have been challenging.

“The cost-benefit analysis of the investment decisions took into consideration, the holding period of government-related deposits among others. Any action therefore that denies the banks the benefit of deposits from such investments would have a negative impact on banks’ operations,” according to the banks.

The growth in the real sectors of the economy stemming from credit advanced to the private sector and to institutions providing critical services is likely to be adversely affected, with the attendant political and social implications, if this substantial source of liquidity is denied commercial banks.

A case in point is the assistance the commercial banks provided to the energy sector during the power crisis.

They revealed that commercial banks were saddled with the effects of delayed payments related to government projects and that this was relatively compensated for by banks’ engagement in managing government revenue business in ensuring optimum value addition and excellent service provision.

Further, various funds under management have been invested pursuant to contractual undertakings on the basis of which commercial banks have since leveraged the said sums.

Currently, commercial banks transmit balances of all government accounts on a daily basis to a designated SWIFT address.

This allows the government to view all its balances via a single window. Commercial banks are in a position to partner government to offer IT solutions which would guarantee real time access to named government officials responsible for managing government revenue.

The banks believe that this would go a long way to assist the government manage its financial resources in an efficient manner for the mutual benefit of commercial banks and government.

For effective implementation of the TSA and to ensure stability in the system, the banks recommended that government should address the exposure of its institutions and related government projects to the various banks.

“The banks believe that government should continue to engage commercial banks in the TSA implementation to reduce the impact on commercial banks’ liquidity,” they stated.

The banks reiterated their support for government business by continuously providing fund management solutions that would ensure that a competitive rate of return is applied to all idle credit balances for the purpose of revenue maximization and ultimate value creation.

Ken Ofori Atta, Finance Minister, presenting the 2017 budget statement to Parliament in March this year, said the proper alignment of cash inflows and outflows would improve the predictability of budget implementations and cash allocations.

In line with this, the bank accounts of all government institutions will be transferred to the Central Bank for easy management and monitoring.