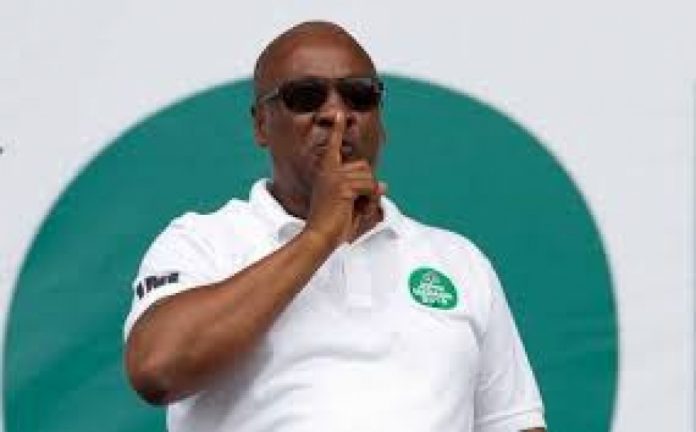 According to him, he rejected the option of touring the country to gather evidence of over-voting and other irregularities because his National Democratic Congress (NDC) campaign wanted to institutionalise democracy.

“It is not that there were no irregularities. I could have gone round and gathered all kinds of examples of over-voting and tie the nation in court again. But I do think that the NDC is playing the game democratically,” he said.

He made the comments during an interview with Abdul Hayi Moomen on the state broadcaster, GBC on Tuesday.

According to the President, unlike the New Patriotic Party (NPP), the NDC does not find it difficult to accept defeat.

“The NPP are the ones that often will never accept when they have lost an election. But be that as it may, I say Ghana has earned accolade ‘beacon of democracy’ because the elections have been largely successful.

In 2012, Nana Akufo-Addo, Dr Mahamudu Bawumia, then a Vice Presidential candidate, led an eight-month-long legal tussle at the Supreme Court over the validity of polls that year.

The NPP argued that they had every reason to believe that the results were rigged in favour of the National Democratic Congress’ (NDC) candidate John Dramani Mahama.

However, by a 5-4 majority decision, the apex court ruled that President Mahama was validly elected.

There were four and three consistent judges who voted against and for the annulment of more than two million votes due to what the petitioners described as gross and widespread irregularities recorded during the election.