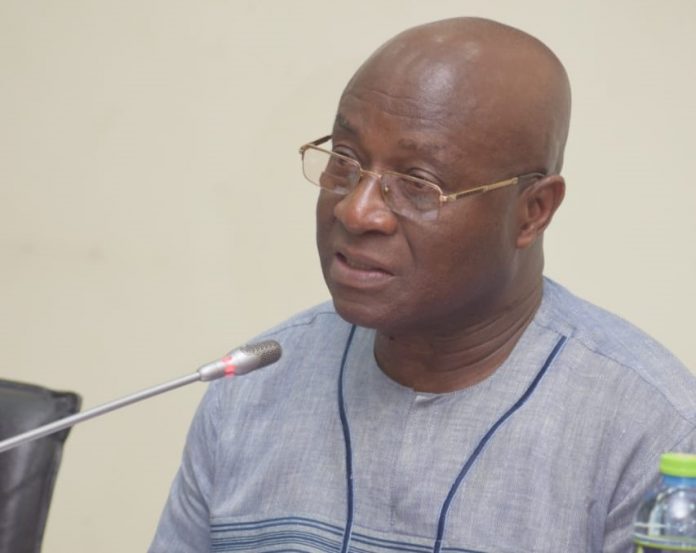 The leadership of the Majority Caucus in parliament has commenced investigations into an allegation of attempted bribery against an unnamed businessman to secure the salvation of Finance Minister Ken Ofori-Atta.

The spokesperson for the New Patriotic Party(NPP) demanding the removal of finance minister Ken Ofori-Atta, Andy Kwame Appiah-Kubi disclosed a certain businessman met some members of the caucus after their demand was made public to intervene on behalf of the embattled finance minister and after the meeting attempted to dole out money.

Even though the MP stated the money was rejected, some members of the public have asked for investigations.

Addressing the media during leadership engagement in Parliament, Majority Leader and Minister for Parliamentary Affairs, Osei Kyei-Mensah-Bonsu disclosed the demand for Ken’s removal had been adopted by the entire majority Caucus and not just the over 80 MPs.

He however stated the claims against the faceless businessman are being investigated.

“With particular reference to the attempted bribery, I have been informed about that and as I responded to same matter when I was interviewed, I said it has come before me, and we’ll investigate. If it is true, we’ll establish the motive of that person. That is what I can say of it as of now not knowing what the motive is.”

“Sometimes, these things come up. You remember the issue of a minister nominated to appear before the vetting committee. There was an allegation that he attempted to influence some people, eventually, it turned out to be an untruth. So even though this one has come before me, not having gone into it, I don’t want to make any pronouncement on that,” the Majority Leader added.