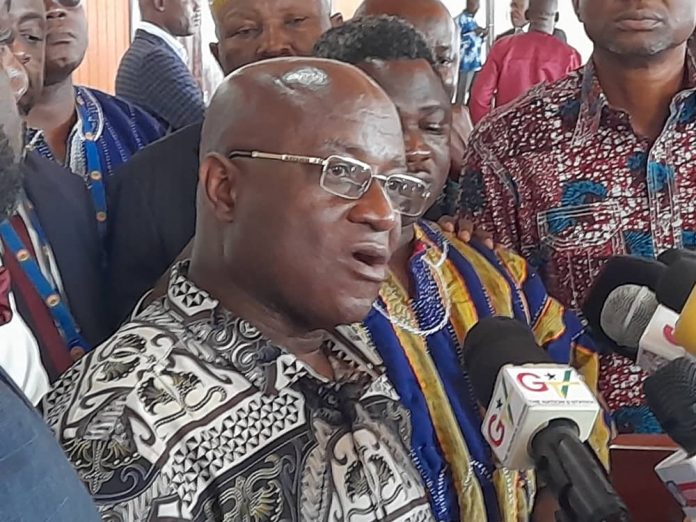 Political Science lecturer at the University of Ghana, Prof. Ransford Gyampo, has stated the governing New Patriotic Party (NPP) would have been shredded had the Majority in Parliament supported the Vote of Censure motion against the Finance Minister.

According to him, such a move would have been suicidal for the NPP going into the 2024 elections because it would have offered the opposition a major campaign tool.

Prof. Gyampo indicated it is good the Majority decided to get Ken Ofori-Atta out of office on their own term rather than rally behind the Vote of Censure Motion filed by the Minority to oust him.

Speaking on TV3’s Saturday analytical morning show the Key Points, Prof. Gyampo argued the Majority would have betrayed the ruling NPP beyond salvage had they supported the censure motion.

“It would have been a major campaign tool and the NDC would have told Ghanaians: ‘Look, things were so bad to the point that even when we wanted to censure the Minister of Finance, we had members of the Majority side, for the first time, joining us to oust their own Minister.”

“It would have been very bad for them,” he said.

He said it is good the Majority group pursued their own agenda to oust Ken Ofori-Atta on their own terms, stressing this was politically tactful.

Prof. Gyampo, however, expressed hope the action of the Majority was not a direct consequence of an instruction from the external party, which issued a statement to the MPs not to support the Vote of Censure.

According to him, if that were not the case, then members of Parliament would continue to project partisan interest over constituent interest.”

“But who sent the MPs to Parliament? Often, people go to Parliament to excel and they go and totally abandon the interests of their constituents.”

“And when they lose or suffer legitimacy deficit and there is going to be another election, then they plead with the party to impose them on their constituents.”

Prof. Gyampo argued this betrays a certain fundamental lack of the concept of representation, which does not help.

Partisan interests, he said, should be secondary.

He stated it is only when this happens that Ghana will have a true representation of the people and MPs would feel obliged and compelled to protect and serve the constituent interests.