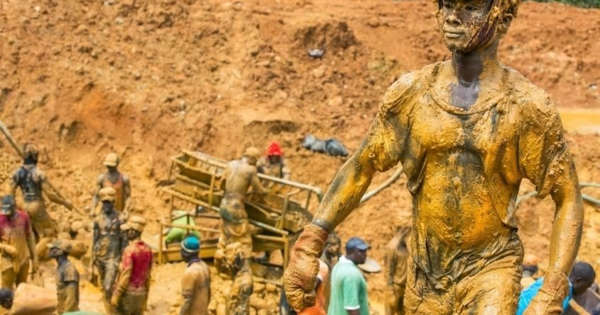 Defense Minister, Dominic Nitiwul, has disclosed that equipment that would be confiscated from illegal mining sites on water bodies in the renewed efforts to stamp out the canker would be destroyed.

According to him, the law already outlaws mining within water bodies and 100 meters away from each banks of a water body and that any activity to the contrary is illegal.

He stated that no equipment confiscated this time around would therefore be taken away but would be destroyed immediately.

Speaking at a press briefing at the Ministry of Information on Friday, Mr. Nitiwul noted that the President has directed a clean up of the river bodies and therefore the plan is not to take away equipment.

“We are not seizing any equipment. No equipment will be returned home.”

He assured that the Military will sweep past the illegal mining areas as it is currently sweeping past the river Pra and cleaning up but will not engage or beat up people.

He pointed out that the operation is not going to be a three-day wonder and stressed the military have been given instructions to take action on anybody who returns to destroyed sites.

President Akufo-Addo on April 28 authorized the Ghana Armed Forces to deploy 200 soldiers to go after all persons involved galamsey.

The operation commenced on the same day on River Pra in the Central and Western regions of Ghana.

A release from the Information Ministry stated that the move is to ensure that mining within water bodies is immediately stopped.

This latest action comes after the Stakeholder Dialogue on Small Scale Mining about two weeks ago.