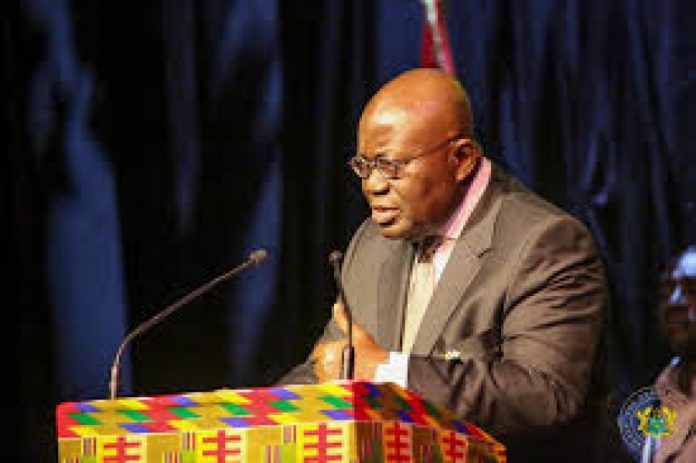 Majority of the political parties and political analysts interviewed did not see anything wrong with the President travelling while his vice was on medical leave since the wheel of government continues running whether the President is out of town or not.

A former Convention People’s Party Youth Leader and presently the leader of the Economic Fighters League, Mr Ernesto Yeboah, said the President could travel and the state would keep running whether somebody was sworn in to act as the President or not.

He said due to the coup mentality, the framers of the 1992 Constitution had to solve the problem of keeping coup plotters at bay by swearing in the Speaker in the absence of the President and his vice.

Mr Yeboah described it as an archaic piece of legislature that could be expunged from the Constitution and the wheel of state would keep running.

His view was shared by a number of political parties and politicians such as the independent presidential candidate in the 2016 election, Mr Jacob Osei Yeboah, and Mr Kofi Akpaloo of the Liberal Party of Ghana

Dr Lartey stated that Americans adopted the maxim; America first”, and that was what Ghana should also adopt.

Mr Lartey said the African Union (AU) summit and the inauguration of the Liberian President were not issues that were more important than the pressing issues at home where “our leaders should be around and be seen to solving them”.

In his view, no issue could be bigger than Ghana, especially when our two leaders could jet off and leave the day-to-day working of the government to another person and still call this “Ghana first”.

He said the President could jet off only when he was sure his Vice was capable of holding the fort for him.

For his part, the leader and founder of the Liberal Party of Ghana, Mr Kofi Akpaloo, however, differed on whether it made sense for the President to leave the country while his Vice was seeking medical attention in London, saying he saw nothing wrong with that.

According to Mr Akpaloo, there are certain commitments such as the AU summit the President should fulfil.

He said those who were against the President’s travels outside at the time the Vice was sick made no sense and no one should play politics with the issue.

On the funeral of the late Hugh Masekela, he said since the funeral was performed once, the President could not postpone attending such a function.

Mr Jacob Osei Yeboah, aka JOY, who also said he saw nothing wrong with the President’s travels, said the President was not jetting out for anything but fulfilling certain important and international commitments and mentioned the AU summit as one such commitment.

He said the 1992 Constitution was explicit on the absence of the President and his Vice and stipulates that in the absence of the two the Speaker of Parliament should act in their stead, and that there was no provision that the two cannot leave the country at the same time.

However, the Deputy General Secretary of the National Democratic Congress (NDC) was of a contrary opinion. According to him, the Vice-President could not be faulted for being out of jurisdiction due to ill-health and expressed best wishes from the NDC for his speedy recovery.

Exhibit a high sense of caring

He insisted that it was incumbent on the President to appreciate that his Vice was out of the country and so he had to manage his trips outside the country, adding that “he must exhibit a high sense of caring to his mandate”.

He said all the recent brouhaha over the absence of the Vice-President was because of the President’s travels to the AU summit and the funeral of Hugh Masekela, a South African music icon and anti-apartheid fighter.

Mr Anyidoho said the ill-health of the Vice-President was not the subject of discussion because as human beings “we are all subject to ill-health and that it is the bad public relations or communication from the Office of the President and government sources around the absence of the Veep which is causing the unnecessary discussion”.

He said a strong address over the Veep’s absence would have allayed the fears of Ghanaians and the unnecessary debate and called on the President to take full responsibility for exposing the absence of his Vice to public ridicule, speculation and rumours.

“To end the debate, the President must speak to the nation to end this wild speculation otherwise the NDC is not about to play politics with the ill-health of the Veep,” he said, adding that “we wish him a very speedy recovery.”