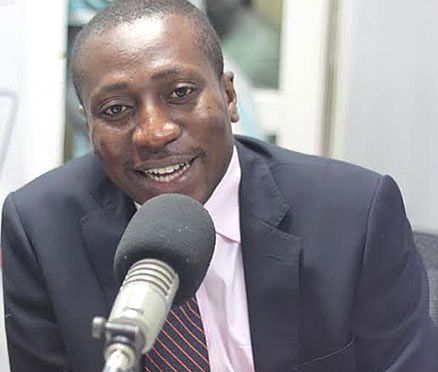 The above were the remarks of Honourable Alexander Afenyo-Markin when he granted a one-on-one interview to Wilberforce Asare of Asaase Radio 99.5 megahertz, Accra.

He continued; ‘’Has NDC so far proposed any alternative? In the situation we find ourselves, they should put themselves in government’s shoes and tell us that well, there’ve been there before, if we were in, this is what we are going to do’’

The Deputy Majority Leader said that so far, all that the opposition National Democratic Congress has been doing is to just criticize and that the party has failed to recognize the necessity or importance of the numerous social intervention policies and programs introduced by the Akufo-Addo administration which are helping the masses.

‘’Remember that they prophesied that Free S.H.S would not succeed, it would collapse, but it’s ongoing. So you cannot expect them to be commending us and applauding us because we are in a political competition’’ he further stated.

Hon. Afenyo-Markin emphasized that any objective person can conclude that the Akufo-Addo administration has navigated well by pedaling the economy which was in dire straits in 2016 to one of safety and that there is the need to continue to manage the country along this path.

The Deputy Leader on the side of the Majority was speaking on the back of the 2022 Budgetary Statement read by the Minister of Finance, Ken Ofori-Atta on the floor of Parliament last week which contains a wide range of policies which would help the country to accelerate in its developmental agenda.