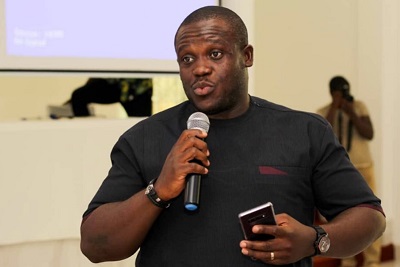 Pollster Ben Ephson says he will be surprised if Ningo Prampram Member of Parliament Sam George retains the ticket of the party in the upcoming primaries.

According to him, the old feud between the MP and his predecessor ET Mensah will still influence the outcome of the Saturday polls.

“For Ningo-Prampram if he wins, I’ll congratulate him because he’s struggling for his political survival. I’d be very surprised if wins the primaries. He is good in Parliament and very eloquent but he needs a constituency to be in the house. ET is still hurt of the issue they had and might want to see him lose,” he told Francis Abban on the Morning Starr Thursday.

On actor John Dumelo, the pollster said: “If Dumelo wins the seat in Ayawaso West Wuogon, I’d be surprised. If he really wants to be political, he should have participated in the by elections”.

“Nana Oye and Ramadan in Adenta has caught a lot of attention. There are about four main constituencies that are of interest to many. If Nana Oye Lithur wins I’d be surprised. When she was the Gender Minister, I think she had very bad relations with some of her deputies. Nana Oye going to the mosque to worship and visit just once was an error. She should have visited a couple of times”.

The largest opposition party goes to the polls on Saturday, August 24 to elect parliamentary candidates for the 2020 elections.

So far, the part has exempted six areas from the polls due to outstanding issues.

We have no interest in irresponsible deeds – Majority Caucus

Digitization of our National Treasury will enhance transparency and accountability – Dr. Dwamena