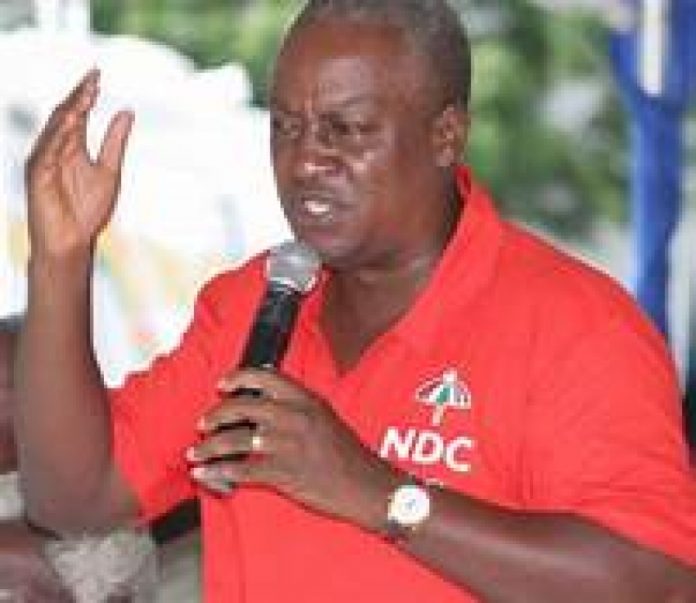 The 2020 campaign manifesto of the opposition National Democratic Congress (NDC) christened “The People’s Manifesto” is ready according to the flagbearer of the party John Dramani Mahama.

Announcing this on his Facebook page on Wednesday July 1, 2020 he said “I have received a copy of our manifesto for the December 2020 elections from the Manifesto Working Committee. This document, The People’s Manifesto, will represent the NDC and my social contract with the good people of Ghana. I thank you all for your contributions to the compilation, and as I have promised, I look forward to the Policy Dialogue Series through which I will be sharing details of the various sectors and themes of the Manifesto”

It would be recalled that in October last year, the NDC inaugurated a 21-member election manifesto committee.

It was chaired by a former Minister of Health under the Mills-led administration, Professor Kwaku Danso-Boafo and was tasked to tour all the 16 regions of the country in an attempt to solicit the views and concerns of the ordinary Ghanaian regarding how they would want the party to govern them.

The committee also held discussions with other stakeholders such as labour movements, civil society organisations and important key players in the country’s economy in order to come out with a well-designed manifesto that will focus on alleviating people from poverty and other economic hardships.

Members of the committee were drawn from the various sectors, including academia, health, economy and youth empowerment.

The committee was inaugurated by the Chairman of the NDC, Mr Samuel Ofosu-Ampofo, in the presence of the party’s flag bearer, former President John Dramani Mahama.

Throwing more light on the work of the committee, Mr Ofosu-Ampofo said the committee would engage professional groups and relevant stakeholders in formulating a “working document that will detail the expectations and areas Ghanaians would want the NDC government to focus on”.

“The committee will engage market women, farmers, fishermen, drivers and security agencies in its bid to design the right working manifesto that will redeem Ghana from its present economic headache,” he said.

Mr Ofosu-Ampofo said the party would soon inaugurate other committees that would help the election committee come out with a formidable manifesto for Ghanaians.

He said the committee would act as a coordinating body that would coordinate the views of Ghanaians as to how they preferred to be governed.

2024 election: Wontumi vows to sponsor Mahama so NDC will lose