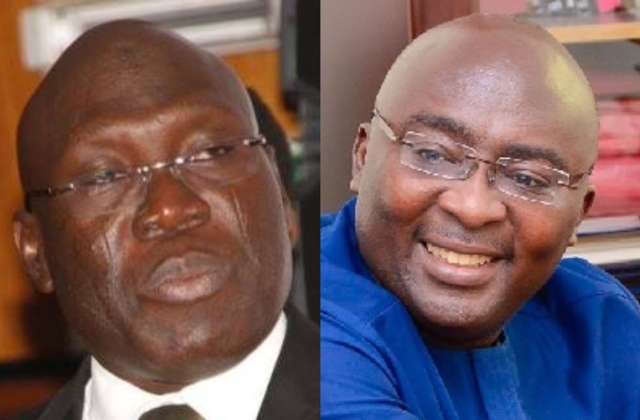 Former Minister for Roads and Highways, Alhaji Insah Fuseini, has charged Vice President Mahamudu Bawumia and his followers to worry about their opponents within the New Patriotic Party (NPP).

According to him, Bawumia’s battle to lead the ruling party is not with the opposition National Democratic Congress (NDC) but with his own ilk who believe as a northerner he does not have the capacity to lead the NPP.

Dr. Bawumia, he said, knows and has every reason to know that he needs to overcome the hugely anti-northern and anti-Muslim sentiments in the NPP first to be its candidate for 2024.

The NPP, he stressed, are pro-Akan and a non-equal opportunity party and wondered how they will accept Dr. Bawumia to lead them.

The former MP made the assertion on Radio Gold 90.5 online and monitored by Frontpageghana.com on Monday in response to an allegation that the NDC is plotting to scuttle the chances of the Vice President from leading the NPP in the 2024 presidential election.

According to the allegation, the NDC fears John Mahama is no match for Dr. Bawumia and are therefore engaged in a smear campaign to ensure the NPP delegates reject a Bawumia candidature.

Hon. Fuseini, however, argued the allegation is the figment of the imagination of people clutching at straws to make Bawumia relevant in the NPP presidential candidate race.

The NDC, he said, has nothing to do with the candidature of the Vice President and indicated that all the opposition against him leading the NPP is coming from and within the top echelons of his own party.

He averred that the presence of Bawumia in the NPP and his futile attempt to project himself to power will come to nought.

“Not because of the NDC but because there is empirical evidence supported by past happenings to support that assertion. Remember the Tolon Naa and just recently Aliu Mahama,” he queried?

He noted that many bigwigs of the party have consistently claimed the leadership for the NPP is a queue and that they already know who the next presidential candidate will be and added, “I am not saying it, they are saying it.

Mr. Inusah Fuseini argued that for Dr. Bawumia to get the mandate to lead the NPP, he would have to overcome the two main blocks, the pro-Akan and the anti-Muslim elements.

He acknowledged that indeed Dr. Bawumia has some competence in economics and appreciation of third-world economies and will not, therefore, be dishonest to admit that.

According to him, the NDC brought him to Ghana from the Americas where he was a lecturer and put him at the Bank of Ghana as a technical director where he rose to the position of Deputy Governor.

He argued that the NDC honestly believed this son of the land could contribute to Ghana’s development and ensured he was brought down to Ghana to work.

The former MP noted, however, that only a small number in the NPP today who tout Bawumia’s economic prowess is ready to accept him as a competent candidate to lead the ruling party into an election.

Dr. Bawumia’s fight to lead the NPP, he said, is therefore not with the NDC but with his own household.