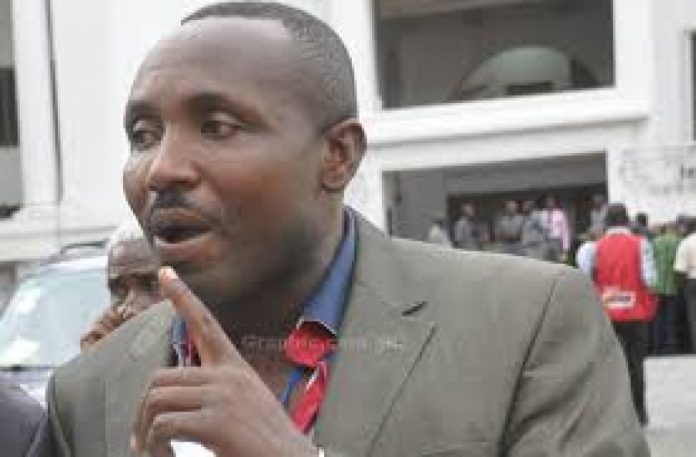 Ms Djaba and Mr Naabu have been at each other’s neck following a supposed meeting the Gender Minister had with some women’s group in the Northern region.

The governing New Patriotic Party (NPP) says it is conducting investigations into the ensuing ‘beef’ between Northern regional chairman of the party and Minister of Gender, Children and Social Protection, Otiko Afisa Djaba.

Speaking to Accra-based Joy FM, national organiser of the NPP, John Boadu said the behaviour of the two national executives is regrettable and unfortunate.

He however, warned communicators of the party to avoid commenting on the recent exchanges, noting that any party member who comments on the matter will be “sanctioned”.

Bugri Naabu reveals “I don’t want to hear any party member commenting on this matter, especially in the media… I’m emphasising – anyone who speaks on the matter will be sanctioned,” he added.

Ms. Djaba and Mr. Naabu have been at each other’s neck following a supposed meeting the Gender Minister had with some women’s group in the Northern Region.

Ms. Djaba accused Mr. Naabu of extorting money, cows, and goats from people with the promise to secure them appointments in the Akufo-Addo government in a radio interview after Mr. Naabu had interrupted her meeting with the women on Friday, 5 May.

Mr. Naabu, in his defence, described the meeting as “illegal” and “unconstitutional” because she had not informed him of the meeting.

He also alleged that Ms. Djaba was meeting with the women to introduce her choice of School Feeding Programme coordinator to them, an allegation Ms. Djaba has denied.