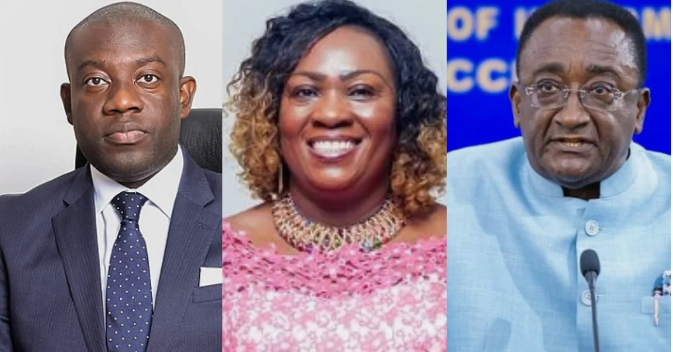 The first batch of 13 ministers-designate to be included in the government of President Nana Akufo-Addo have been approved by Parliament.

10 of the nominees who were recommended by consensus by the Appointments Committee were approved by voice votes while the House resorted to a secret ballot to determine the fate of the three nominees.

The Agric Minister, Dr. Afriyie Akoto garnered 143 yes votes and 121 no votes constituting 53.96% to sail through.

Hawa Koomson, the Minister for Fisheries on the other hand polled 161 yes votes and 104 no votes giving her a whopping 60.75% of the total votes cast.

Minister for Information, Kojo Oppong Nkrumah got 155 of the yes votes and 110 of the no votes constituting 58.68% thereby meeting the requirement for approval by the House.