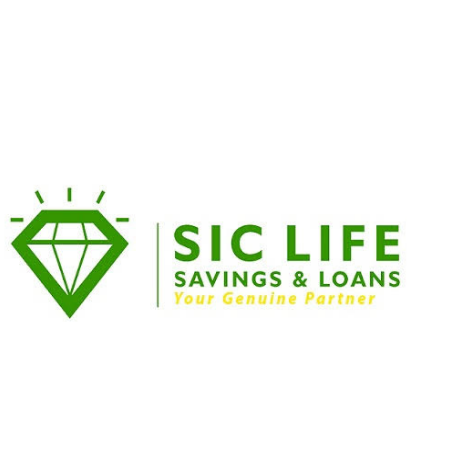 Some staff of the SIC Life Savings and Loans have petitioned the Economic and Organized Crime Office (EOCO) and Bank of Ghana over alleged corrupt activities being perpetrated by some heads of departments and the Managing Director.

The staff appealed to the authorities to investigate and ensure the laws of the land deal with the perpetrators before they collapse the bank.

In a 4-page petition intercepted by this portal from the corridors of EOCO and signed by some staff calling themselves ‘Citizens’, they want to ensure the institution operates in the optimum capacity and protect depositors’ monies while protecting jobs of innocent workers, and according to them, the time to act is now.

One case raised in the petition under ‘SIPHONING OF PUBLIC FUNDS’ is about one Benjamin Kwame Ofori who was sacked from UniBank and facing trial on several fraudulent activities but has been employed as Chief Operating Officer by the current MD of SIC Life, Amma Frimpomaa Dwumah.

“Corporate Governance requirements for Directors is that a person is disqualified from holding the position of a Director or a manager of a company if; 1. The person may have been guilty of a criminal offence whether they were convicted or not. There is an ongoing criminal investigations in which the person is involved. 2; has been the Director or a superior executive of a company that became insolvent within the past five (5) years,” the statements said.

According to them, the case was reported to the regulator after it was detected it was the same person who was sacked by UniBank for fraudulent activities who had changed his name when he was brought in by the MD.

The ‘Citizens’ said he changed his name from ‘Benjamin Kwame Ofori’ to ‘Benjamin K. Ofori’.

The company, Life Savings and Loans was sanctioned for employing such a character without proper background checks, they said in the petition.

The statement continues that after Mr. Benjamin ‘K’wame Ofori was sacked, which the petitioners think he should have been prosecuted but left off the hook, he was again compensated with GH¢71,000.00 as “Payment in Lieu of Exit Notice” by the Head of Finance, Emmanuel Owusu Ansah on orders of the Managing Director, Amma Frimpomaa Dwumah, in addition to other benefits that have caused the company a great loss, estimated at GH¢250,000, which according to the petitioners, need to be investigated and money refunded to the bank.

When the Managing Director, Amma Frimpomaa Dwumah met with the Managing Editor of this portal, Sammy Agyei for her reactions on the above, she got furious and insulted him.

She did not wait to listen to what questions the Editor has for her, but dare and threatened him with CID of the Ghana Police Service, if he dares publish any story about her.

Frontpageghana.com called Amma Frimpomaa Dwumah for her side of the story on another case this portal was investigating, but again she dared us to publish information we have about her if we call ourselves journalists.

She said, “If you call yourself a Journalist, and you think you have any information about me publish it and I will report to the CID”, and she dropped the line.

On another occasion, Amma Frimpomaa Dwumah, who did not exercise patience and forgot herself as she was castigating the Editor dropped a hint that the Bank is broke and that she is trying to get money to pay her staff salaries.

One of the questions this portal had wanted her to confirm or deny but told the Editor that he has no right or any authority to ask her any question.

The staff were also asking where about of the money for their Corporate Social Responsibility (CSR) which could have been used to pay salaries at the time the bank is dry and has no money to pay salaries?