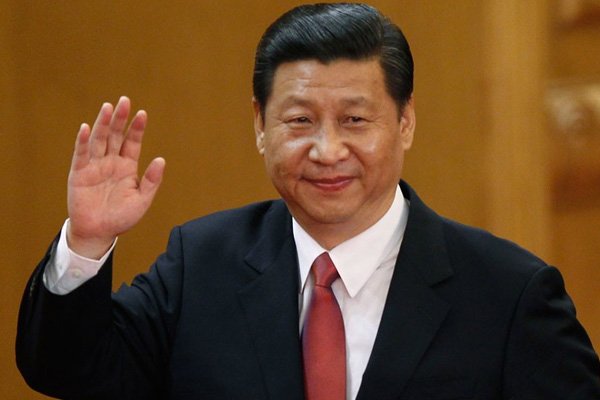 It summons punditry and curiosity to delve into world political sagacity objectively and to disentangle the truth from the falsehood. The piece written by Mr. Joshua Meservey, a senior policy analyst, Africa and the Middle East at the Heritage Foundation are vividly personal assertions that need critical observation prior to judgmental inference.

In the argument of Joshua, “Beijing likely has better surveillance access to Africa than anywhere else by having built or renovated at least 186 African government buildings.” The purpose of such buildings according to Joshua, is for Beijing to “likely use surveillance to, among other things, advantage its companies competing for contracts, spy on U.S. officials, and influence African officials.”

The bottom line to start with is, is there any state on the planet that the United States or great powers of Europe do not spy on? It is rather politically unethical to develop such exuberance of being bereft of the knowledge of international politics and geopolitical strategy. The capitalist world is fixated on the foundations of competitiveness for better strategic outcome, either in political or economic realm of the state.

Democracy in itself is competitive as candidates contest for elective positions and the best campaign strategist and a spy emerges victorious. In international economics, states compete in order to maintain the spirit of mercantilism, to export more than they import and this requires espionage and spying on trading partners and other competitors in order to remain in the production circle.

Joshua should have understood that the United States and Europe have been spying on the governments of Africa long ago and tried as much as possible to consolidate and perpetuate influence not only in Africa, but in the entire global system. It is rather natural for a competitor to emerge in all ramifications in order to re-strategize on how China could sustain its marriage with Africa, which is a lovely marriage, not colonial marriage built on the principles of imperialism- and a lovely marriage is indeed better than forced and an obnoxious marriage.

These assertions are baseless and China sees Africa as a friend and a partner not a foe. States can spy on adversaries but it does not make sense to spy on a friend with whom you have built mutual trust and engage in a fruitful relation. The United States thought what it has been doing, others are doing same.

Africa being a continent with untapped quantum of resources is a bride, which many want to romance with, but Africa diligently chooses its partners.

The nature of China-Africa relations is one of uncountable benefits for few decades of inception while on the other hand Africa suffered persecution for centuries, from slavery, colonialism to neocolonialism.

The principle of rationality would prefer and proffer that Africa should continue to relate with China regardless of the level of espionage and spying on government buildings, if it does not harm the interest of Africa, but harms the interest of those countries trying to compete with China in the African marketandspecificallypeople with no interest to see Africa develop but continue to be backward and dependent on their economies.

The good about Joshua’s piece is that, he was unable to identify one area of threat and harm or how Africa could be affected by Chinese espionage primarily because
China has built about 186 government buildings, 14 sensitive intra-governmental telecommunication networks and China has donated computers to at least 35 African governments. In his discovery, Joshua only disclosed that such espionage may only affect the American interest in Africa, arguing that “four primary dangers for the U.S. could be used to” facilitate Beijing’s influence operations on the continent; recruit intelligence assets at senior levels of African governments; gain insight into U.S. diplomatic strategies, military counterterrorism operations, or joint military exercises; and disadvantage U.S. companies competing against Chinese firms for Africa’s growing economic opportunities.

It is notable that Africans have chosen, and have chosen well, a partner and a friend; a country with great history of resistance against imperialism and enslavement; a country of drastic labor force, resilience and productivity.

President Muhammadu Buhari has acknowledged the fact that no country has been helpful to Nigeria since independence like China, and president Xi Jinping holds the view that no force can intimidate or break the ties between China and Africa.

Sincere friendship and mutual trust transcend the boundaries of espionage even though “there is no permanent friend, but permanent interest” in international relations, it suffices to hinge on mutual interest, identity and absence of threat between or among cooperating partners.

In cooperation, partners seek to achieve a common goal where one could be assisted in achieving such a goal. It is evident in the fight against Ebola and COVID-19, how China has been helpful to Africa to salvage the continent against the spread of these dangerous viruses.

Humanitarian assistance usually come with interest attached, as experienced by Africa in its relations with other powers, but with China, reverse is the case. Espionage or spying on foreign companies by China using government buildings in Africa is a baseless assertion, Chinaphobia and ultimately assertions that can only strengthen the spirit of China-Africa cooperation.

By: Ibrahim is of the department of Political Science and International Relations, University of Abuja