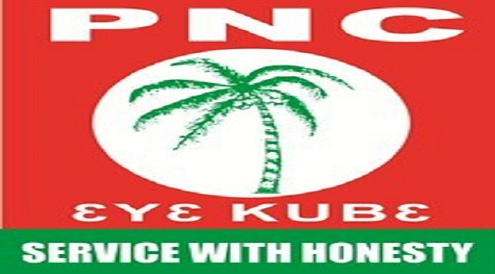 The People’s National Convention (PNC) has called on the government to come clean on the utilisation of funds raised for the fight against the coronavirus pandemic.

According to the party, this is imperative especially when questions have been raised on misappropriations and corruption by some governance watchers.

The PNC, however, commended the government for the interventions that have been taken in the heat of the COVID 19 lockdown.

The party made the call in a relseae signed by the General Secretary, Janet Asana Nabila, stating the PNC’s position on the 2021 Budget.

She congratulated Parliament for approving the budget following the extensive debate and the voting where the majority won and stressed that democracy won.

“The PNC has taken note of how the government intends to raise funds to finance the budget and to initiate a recovery program to propel growth of the economy.”

“As the PNC welcomes the brilliant budget in totality, because of its positive outlook, we shall monitor keenly on the audacious proposal to put the economy back to sound footing through the GHANA CARE program,” she stated.

According to the party, putting forward its position on the budget is an exercise of its fiduciary duty as captured under Article 55(3) of thr 1992 Constitution which states that a political party is free to participate in shaping the political will of the people, to disseminate information on political ideas, social and economic programmes of a national character.

She noted that a budget is an expression of a wish to spend and how to generate revenue to finance the expenditure, and to this end, the PNC will encourage the government to take into consideration the criticism expressed regarding which expenditure to prioritize.

She averred that in order to stimulate growth, the PNC believes government should channel more resources to One-District-One-Factory, Planting for Food and Jobs, Microfinance and Small Loan Centers, Digitization to formalize the economy, Free SHS and so on.

The PNC called on the minority in parliament and Ghanaians to continue to collaborate with the government to implement the 2021 budget for the good of all.

The party assured Ghanaians that a future PNC government will prioritise its expenditures to stimulate growth and ensure local productions of basic needs thereby cutting down on imports and implement pro-poor policies to eradicate poverty.