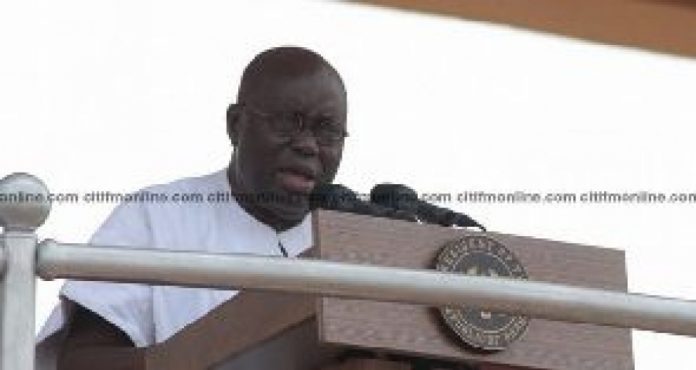 He also observed that the country’s rivers and lakes are disappearing, and those that still exist are all polluted.

The president was speaking at the 60th anniversary parade Monday which was attended by several local and foreign dignitaries including Presidents of Zimbabwe and Togo.

President Akufo-Addo noted, “There is nothing we can do better to pay homage to those who fought to free us from bondage than to dedicate this 60th independence anniversary to protecting our environment and regenerating the lands and water bodies.”

Charging all to make themselves “worthy inheritors” of the land, the president said, “I know that we will wear the accolade of being a Ghanaian with pride. Let us mobilize for the happy and prosperous Ghana of tomorrow, in which all of us, including our youth, our women and the vulnerable in our society, will have equal opportunities to realise their potential, and build lives of dignity.

Then, our independence will be meaningful. Then, we will have a Ghana beyond aid.”