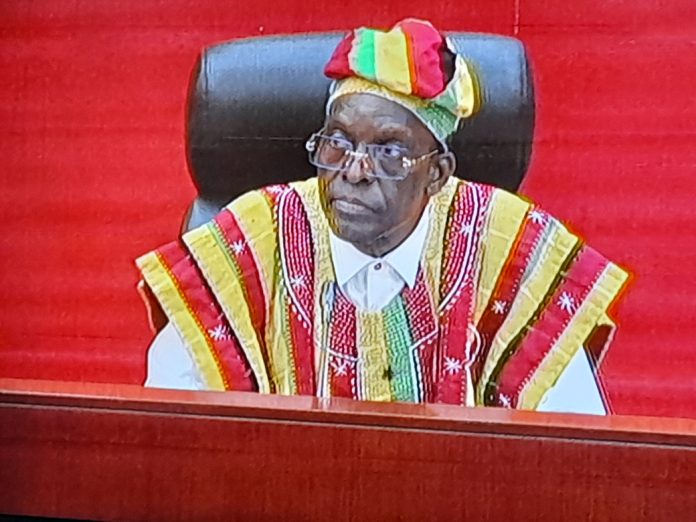 The senior national team the Black Stars has been charged to give their best when they take on Portugal in the opening game of the 2022 World Cup in Qatar.

The group H game between these two countries is the second time they are meeting at the World Cup with the first being in 2014 in Brazil.

The Portuguese had the better of the exchanges eight years ago when they won 2-1.

This afternoon’s match has therefore been described as revenge match for the Black Stars.

Parliament joined the euphoria that has captured the country as the kickoff time crawls near in a statement on the floor of the House.

Speaker of the House, Alban Bagbin in contribution stressed that Ghana has something special that is unique to the nation and predicted victory for the team.

Ghanaians, he said, are 100% behind the Black Stars not only with their prayers but also with their hearts, souls, hands and legs.

In their contributions to the statements the MPs urged the team not to be star-struck with the players being paraded by the Portuguese team.

They argued if Saudi Arabia and Japan could overcome the odds and steal victory from Argentina and Germany respectively, nothing stops the Stars from emulating these feats and beating the Portuguese.