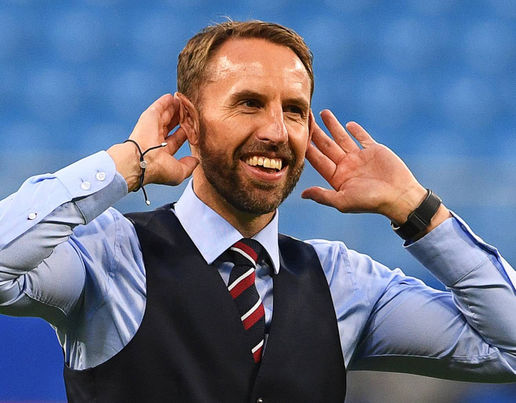 England boss Gareth Southgate has urged fans to roar his side to victory when they face Italy in Sunday’s Euro 2020 final.

Southgate’s team will become the first Three Lions outfit to lift a European Championship if they win at Wembley.

“When we started, three or four years ago we had people throwing paper aeroplanes, they weren’t behind the team and there was an apathy,” he said.

“Now the energy in the stadium is fantastic. That is so important.”

England have not won a major men’s tournament since their World Cup triumph in 1966.

Southgate was asked about the role fans can play in the showcase final, which will be watched by 60,000 at the national stadium – and millions more in homes and in pubs.

“The players need to feel that warmth and support. It has definitely helped inspire us,” he added.

“Over the last four years the players have knocked down so many barriers, they’ve come through so many different challenges.”

Southgate also urged supporters to show respect for the Italian national anthem before the final, which is live on BBC One.

A section of fans booed the German national anthem before England’s 2-0 win in the last 16.

“We know that in actual fact, when we play abroad and fans boo our anthem, it probably inspires us even more. We should be respectful.”

One absentee from England’s training pitch on Saturday was midfielder Phil Foden, who suffered a minor knock on Friday.

The Manchester City player started their first two group games and came on as a substitute in the semi-final.

“He’s definitely doubtful although it’s not something serious. It’s just whether it will keep him out of this particular game,” said Southgate.

Italy are without left-back Leonardo Spinazzola, who suffered a ruptured Achilles tendon in the quarter-final. Boss Roberto Mancini must decide whether to play Chelsea’s Emerson Palmieri, who started in the last-four win over Spain, or make another alteration to a defence which was previously settled.