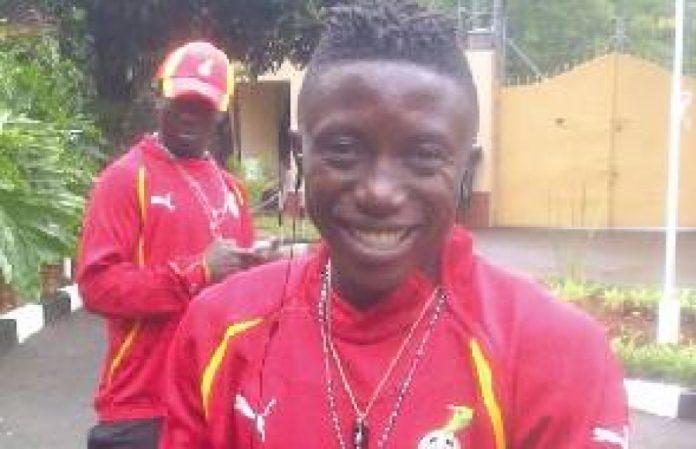 According to Saka, he has made tremendous progress in his recovery and can not wait to rejoin his teammates for action as they pursue their GPL title chase this season.

The 29-year-old has been out of the team since sustaining an ankle injury in a 1-1 stalemate with Kumasi Asante Kotoko at the Baba Yara Sports Stadium in Kumasi last April. At though no time frame was given for his recovery, he seems to have recovered faster than expected for such such an injury and he is hoping to return to action on the set date.

“I will be fit in two weeks so hopefully I will play against Liberty Professionals at home in our next game after Great Olympics today,” Saka told the Graphic Sports.

“It has been a long journey of recovery, but it has also been a steady progress and I pray there will be no setback towards final recovery because I’m eager to return to action and help Aduana win the league at the end of the season,” he added.

Aduana are winless in their last three top flight games and need a vital win over Olympics today to keep close the gap on leaders, WAFA, who are bent on maintaining their lead at the top of the log.

Saka, who until his injury was key to Aduana’s campaign, refused to comment, when asked if he felf his absence had affected the team’s performance.