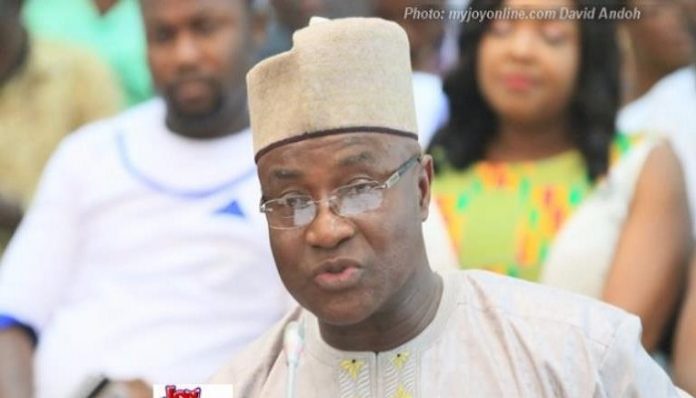 The Majority Caucus in Parliament has described Rt. Hon. Alban Sumana Kingsford Bagbin, Speaker of Parliament’s ruling on a rejection of the motion for the approval of the 2022 Budget Statement and Economic Policy of the Government as unconstitutional, illegal and void.

The ruling, the Caucus said, has no binding effect on the House.
The pronouncement has provoked a lot of argument in the public space and its legality is likely to be debated on the floor of the House by the Majority who have promised to battle teeth and nail when Parliament returns today, Tuesday, November, 30th 2021.

According to the group, the Speaker cannot rule on a decision when less than 138 members are in the House.

Despite the Majority group’s absence from the House, the Speaker called for a vote on the motion for the approval of the 2022 Budget that was presented to the House on Wednesday, November 17th, 2021, by Mr. Ken Ofori Atta, the Finance Minister.

The Majority group staged a walkout, which according to them, was based on open bias by Speaker Alban Bagbin’s action that night.

Majority Leader, Osei Kyei-Mensah-Bonsu, prior to the concluding remarks sort permission from the Speaker to allow the Finance Minister, who had some prayer to make before the House concluded debate on the 2022 debate, but the Speaker announced it was too late for the Minister to make such pleadings.

The Speaker then proceeded to put the matter before the Minority group led by Haruna Iddrisu to decide, and they declined to grant the Finance Minister leave for the prayers.

Readers who followed the debate would recall the Minority group throughout the debate on the 2022 budget had called on the Finance Minister to make amendments to the budget statement before it could be passed.

According to the majority, this came as a surprise when the same group refused to grant that leave for the minister to listen to their concerns to take or make amendments, and described it as “double standards of the Minority caucus.”

When the Speaker put the question, the Minority who had been able to whip all their members into the Chamber won the voice vote not to allow the Finance Minister to go on with his pleadings.

Surprised by the “double standards” being exhibited by the Minority, a Division was called by the Deputy Majority leader, Alexander Afenyo-Markin.

After reading Order 104 of the Standing Orders, the Speaker directed all strangers in the House to leave or be thrown out from the Chamber by the Marshalls, including the Finance Minister.

This, according to the Majority, is biased because the Minority had insisted throughout the debate that the Finance Minister who brought the budget statement be in the House to listen to them and take notes of what they would say.

The Deputy Minority Chief Whip had earlier raised the issue of why the Finance Minister or any of his deputies were not in the Chamber to listen to them, which halted the debate for a while on Wednesday, 24th of November, 2021.

The Majority argued the Speaker should have allowed the Finance Minister to talk, and therefore was in support of the Minority Caucus who voted against the Minister’s prayers.