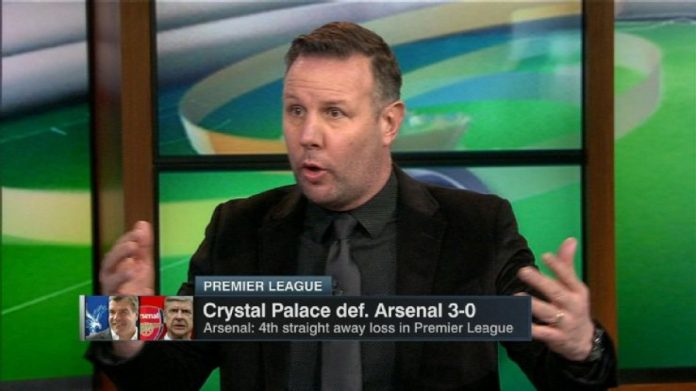 The travelling Arsenal fans didn’t seem certain who was to blame. At various points they chanted their frustration toward manager Arsene Wenger, and then at the players. Perhaps manager and players alike deserve to have the finger pointed at them, but whoever is responsible for this latest embarrassment, a 3-0 defeat to Crystal Palace in which a vertebrae-deficient Arsenal were ruthlessly dispatched, it doesn’t bode well for their chances of salvaging some dignity from this most divisive of seasons.

If Arsenal seemed aimless and devoid of guile, this was a Crystal Palace performance full of purpose and controlled aggression. The goals came from the excellent Andros Townsend, Yohan Cabaye and Luka Milivojevic’s penalty kick; Arsenal was both bullied and outplayed by a team that before the game were only three points above the relegation zone. At one point toward the end, Palace’s Mamadou Sakho was doing Cruyff turns just outside his own box. Palace manager Sam Allardyce likes few things better than beating Arsenal; this was more than that, it was a humiliation.

Crystal Palace took the lead after 18 minutes, when a large gap opened up on the left side of the Arsenal defence. Cabaye slipped a neat pass to Wilfried Zaha, who managed, despite slipping in the process, to square for Townsend to score.

After that, the game was characterised by intermittent Arsenal attacks that threatened, but Palace always seemed to have a defender there to get in the way of the final pass. Danny Welbeck and Alexis Sanchez both went close with efforts from either side of the penalty area; the home defence looked open at times, but Sakho made a few crucial interventions, continuing the fine form he has displayed since joining Palace on loan from Liverpool in January.

At the other end, the Palace forward line was sharp, zesty and threatening, helped partly by an accommodating visiting defence, but broadly because Zaha, Christian Benteke and Townsend were so viciously effective. At one stage, Townsend chased down his own forward pass on the right, and then hared over to the left to harass another defender.