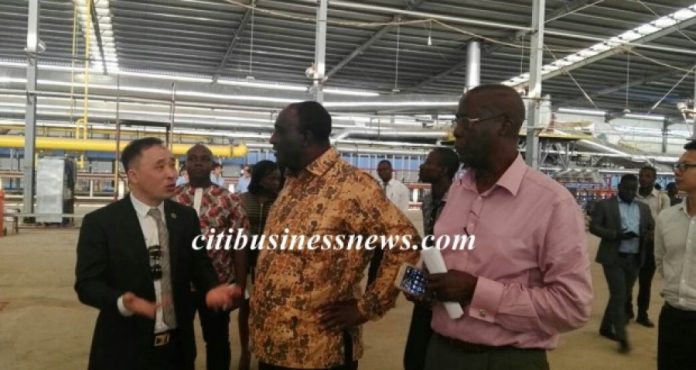 Speaking to journalists during a tour of Sentuo Steel Company, a consultant for one of the company, Emmanuel Ayansu stated that, thousands of workers will be affected if the steel industry in Ghana collapses.

“Power is crippling this industry because the utilization outlay is huge. This company’s power requirement is about half that of the whole of Tema. So, if you multiply this by three, you can determine the power requirement of the steel industry that it is a big cost component,” he lamented.

He stated that, operating a steel company in Ghana is gradually becoming unattractive due to astronomical increases in electricity tariff.

He maintained that, the industry has the potential to employ thousands of Ghanaians since it creates jobs for scrap dealers.

Mr. Ayansu, however stated that the availability of crap and power is creating a huge challenge for operators in the industry.

“In fact, if you put power plus scrap together, we are talking about 80 percent of the cost of production. So, if nothing is done about it then the industry faces survival problems”

He added that even though government has banned the export of scraps, the demand is high, pushing scrap dealers to import the raw material to meet the demand.

He disclosed that the import cost of scrap is high due to duties and taxes.

Meanwhile, the Minister of Trade and Industry, Alan Kyerematen who was part of the tour assured that government will work to reduce the tariff soon.

He pledged that government is committed to creating jobs, hence will not allow the steel industry that employs thousands of people to collapse.

“President Akufo-Addo has stated that the main aim of the government is to create jobs. You are also aware that we are working progressively to diversify our energy mix which is the only way we can bring down the cost of energy,” he said, adding that the Ministry will work with the relevant authorities to reduce the cost of power.

Mr. Kyerematen affirmed that government will give businesses a preferential tariff regime to help them remain competitive.