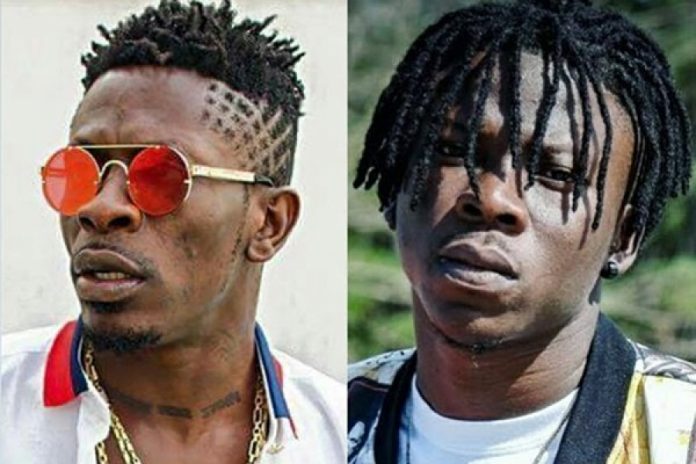 The two arch-rivals appeared to have settled their differences especially after they performed on the same stage a couple of times last year.

Fans of the two dancehall artistes were displeased after Shatta Wale joined Zylofon Entertainment, a company that had under its management his rival, Stonebwoy.

Their fear was that the rivalry between the two camps – Shatta Movement (SM) and Bhim Nation (BN) – will no longer exist. The tension between the two artistes is good for the music industry, they argued.

But addressing the SM family shortly after reportedly signing a record $1.5million deal at the premises of Zylofon, Shatta Wale told the fans that working with Stonebwoy at the same record label does not make them friends.

“Right now, you hear say people dey think; ‘so what you go do Stonebwoy?’. You see Stonebwoy, for here [Zylofon] he be my brother [but] for town he be my enemy,” he said in pidgin which generated loud cheers from the fans.

The music icon surprised his SM family by splashing fresh cedi notes, giving the security an extra duty to control the ecstatic crowd.