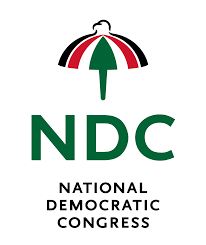 A group, known as the Concerned Youth of Tema East Constituency (CoYTEC) have in strongest terms, raised issues with the prolonged absence of the NDC’s parliamentary candidate from the constituency after he won votes to contest on the opposition party’s ticket in the upcoming December elections.

According to them, the ineptitude and disrespectful conduct of Isaac Ashai Odamtten, since his election is detrimental to the party’s fortunes in the crucial 2020 polls.

“What could be more contemptuous of a Parliamentary Candidate than continuous abstinence from the core business of the constituency which has so elected you, without even the simple courtesy of a notice to your constituents? By this conduct, we dare say that Hon. Isaac Ashai Odamtten is, in essence, demonstrating his disrespect for the constituents who elected him as representative,” the statement read.

CoYTEC noted how the “clear and deliberate” initiative not to rally the intentions of the party in the Constituency, will prove to be its Achilles heels in the constituency considered as one of the swing seats.

Describing Mr Odamten’s attitude as disrespectful, the group issued a one-week ultimatum to the Constituency Executives to force the aspirant to carry out the mandate of his position of incur their wrath.

“Failure to do this will leave us with no option but advise ourselves appropriately,” the group warned.