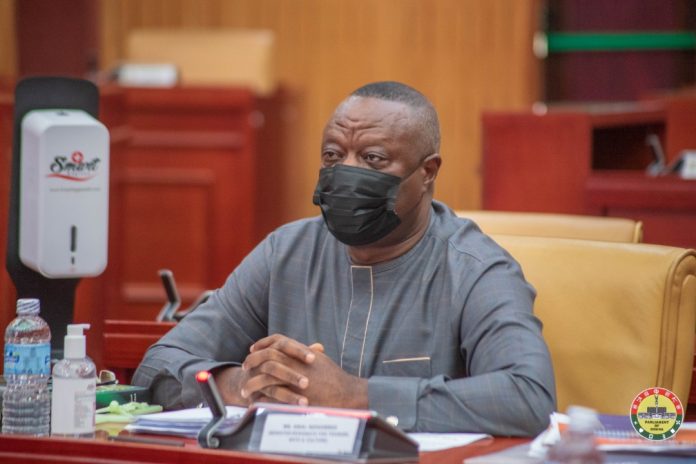 According to him, tourism the world over contributes significantly to GDP and currently the fourth highest contributor to Ghana’s GDP behind gold, cocoa and oil.

The nominee, who was vetted by Parliaments Appointments Committee on Thursday, 25th February 2021, stated that Ghana’s tourism potential is very huge and can become the highest exchange earner for the state if it is developed very well.

He said, “Ghana has all along depended on cocoa, gold and oil but these are extractives and we cannot be certain on their dependency,” he said.

The nominee indicated his intention to embark on an aggressive venture to reboot Ghana’s international and domestic tourism.

He noted that Ghana has some of the best sites in terms of tourism besides the fact that the Ghanaian people are very warm, welcoming and have very rich arts, culture and attractive heritage sites.

Mr. Awal stressed that when these were put on display during the year of return in 2019 about 1.1 million tourists were attracted to Ghana.

He also expressed his determination to revive and promote domestic tourism, which will include corporate tourism, school tourism and religious tourism among many more others.

According to him, apart from offering people the opportunity to know all parts of the country it will also build national unity and cohesion.

He stressed the importance of improving the arts and culture of the country, especially in terms of drumming and dancing.

He argued that bringing back the national festival of arts and culture could potentially boost both domestic and international tourism.