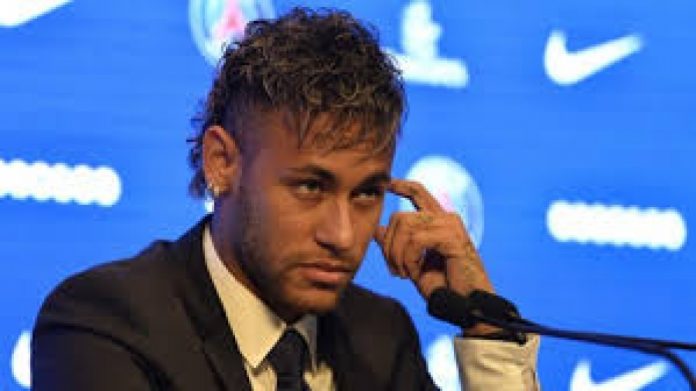 The Brazil international believes he is entitled to €26 million which Barca were due to pay him this summer as the second part of a bonus for the contract renewal he signed last October.

However, the Catalan club announced after his move to PSG that they would not be paying the rest of the bonus as the requirements of the contract had not been met.

In addition, earlier this week they confirmed that they were also suing Neymar for a breach of contract, claiming back the first part of the renewal bonus as well as €8.5m in damages plus 10 percent in arrears.

Neymar responded by saying he would fight Barcelona’s claim for compensation and FIFA has now confirmed he is also seeking payment for the second part of the renewal bonus.

“We can confirm that we received a claim from Neymar against FC Barcelona,” FIFA told ESPN FC. “The matter is being investigated. Please understand that at this stage we are not in a position to make any further comment.”

The fallout all stems from the five-year deal the 25-year-old signed with Barca in October 2016.

In addition to the bonus he was paid at the time, the amount of which has not yet been made public, he was due to receive €26m more this summer.

But after his €222m transfer to PSG went through, Barca spokesman Josep Vives confirmed the club would not be making the payment because Neymar had not fulfilled his contractual duties.

“There were three conditions — one, that the player didn’t negotiate with another club before July 31; two, that he publicly expressed his decision to fulfil his contract; and three, the payment was to be made on Sept. 1 to ensure he didn’t go to another club,” Vives said.

“With these criteria not met, the club will not pay the renewal bonus. The money is no longer with a notary but back with the club.”

Neymar did not publicly say he was considering a move to PSG until Aug. 3, the day Barcelona terminated his contract and he signed with his new team.

He has since gone on record criticising Barca’s board, saying they do not deserve to be there after scoring twice in his home debut for PSG last weekend.