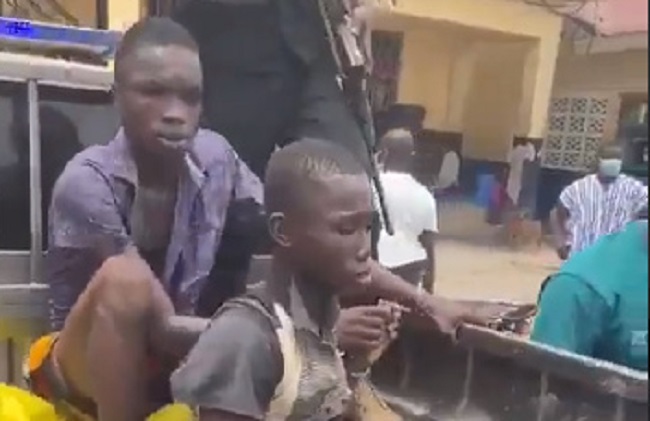 The Kasoa Divisional Command of the Ghana Police Service has begun investigating the circumstances leading to the murder of an 11-year-old boy in the area.

This follows the arrest of two teenagers suspected to have killed the deceased on Saturday, April 3.

At 10:15am on the fateful day, the police in Kasoa received a distress call indicating that there was a ritual murder at Coca Cola near Lamptey Mills, a suburb of Kasoa in the Central Region.

Police proceeded to the scene and saw Ishmael Mensah dead with blood oozing from his nostril and mouth in an uncompleted building.

Preliminary police investigations revealed that 16-year-old Felix Nyarko and Nicholas Kini, 17, were those who killed Ishmael.

Information gathered by the police showed that the two teenage suspects invited the deceased to the uncompleted building and hit him with a club and cement blocks, killing him at about 9:30 am.

The police say the suspects later buried the deceased in the uncompleted building with the hope that they will come back for it in the night for ritual purpose.

However, luck ran out on them when some neighbours suspicious of their action raised an alarm, leading to their arrest and the discovery of the remains of the deceased.

The body has since been deposited at the Police Hospital morgue awaiting post-mortem whilst suspects have been detained.