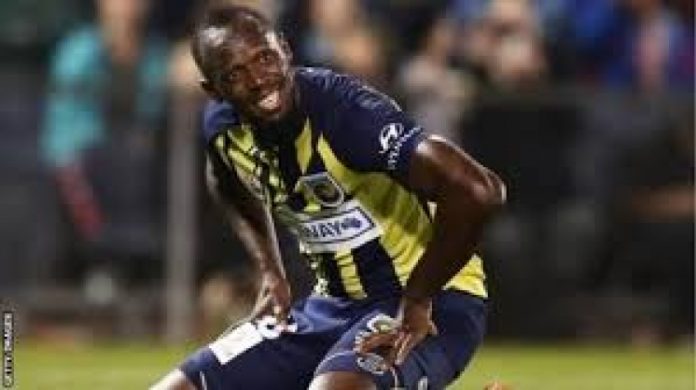 The Jamaican, 32, spent two months training with Australian side Central Coast Mariners, but left in November after the club failed to find financial backing for a professional deal.

“It was fun while it lasted,” said the 100m and 200m world record holder. “I don’t want to say it wasn’t dealt with properly, but I think we went about it not the way we should.”

But he added: “You live and you learn. It was a good experience – I really enjoyed just being in a team.”

In October 2018, Bolt scored two goals on his first start for the Mariners in a friendly against Macarthur South West, celebrating with his trademark lightning bolt pose.

The A-League side were not the only team interested in signing Bolt – he turned down an offer from Maltese club Valletta, reportedly because the club could not meet his wage demands.

Bolt, who retired from athletics in 2017, has said his focus now lies with his various commercial endeavours.

“I’m now moving into different businesses, I have a lot of things in the pipeline, so as I say, I’m just dabbling in everything and trying to be a business man now.”