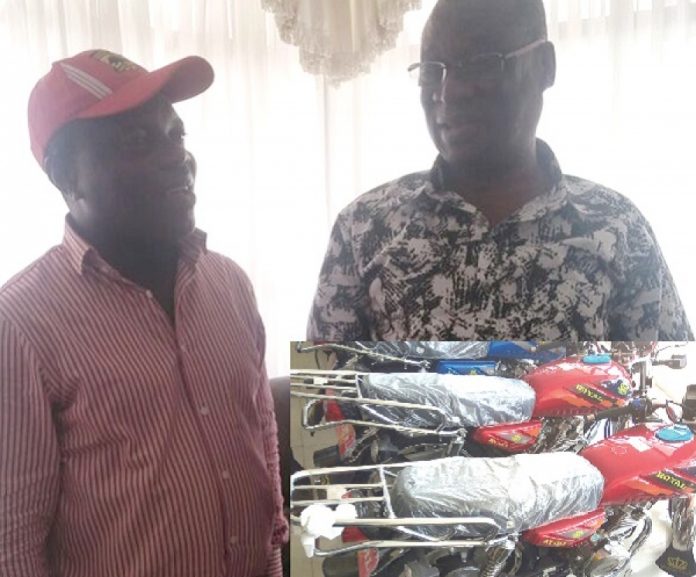 Acknowledging the receipt of the motor bikes from Dr. Sarpong in Accra at the weekend, the chairman of the GARCC, Nana Kwame Dankwah, was full of praise for the former chairman of the club for redeeming a pledge he made during the inauguration of the council recently.

According to him, Dr. Sarpong, who is also a patron of the GARCC, pledged to support the council with the two bikes upon request by him (Nana Kwame Dankwah) during their inauguration and fund-raising ceremon at the YWCA in Accra.

He said the request Dr. Sarpong was a manifesto promise he made to the rank and file of the Kotoko supporters in Accra and felt elated that the patron had redeemed it, saying that the rationale was to enhance the dispatch services and distribution of the club’s mouthpiece, the ‘Kotoko Express’.

“A Kotoko branded motor bike will be acquired to dispatch the Kotoko Express. The dispatch service will not only distribute the newspaper but will help in distributing the club’s visibility materials to other circles and supporters upon request and payment”, he said as captured in his campaign manifesto.