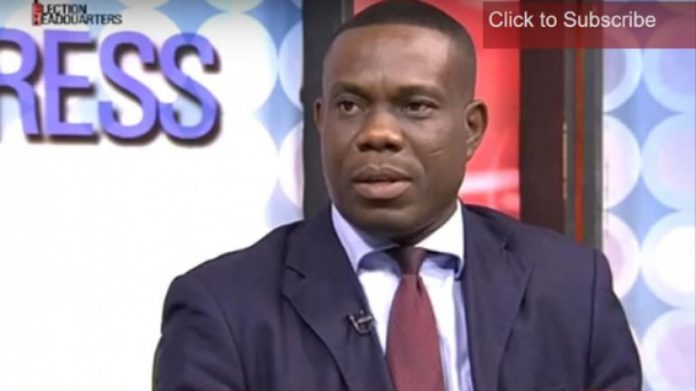 Dr. Eric Oduro Osae has described the incident as unfortunate, wants Mr. Fuseini to convince the skeptics that he had no malicious intent when he failed to mention the device to the current Lands and Natural Resources Minister, Mr. John Peter Amewu.

Mr. Amewu on Tuesday made public his chance discovery of an audiovisual recording device planted behind the Coat of Arms that hung in his office.

Initial speculations were that the bugging device was planted by persons scheming to derail the anti-illegal mining crusade by the current government, and led by Mr. Amewu.

However, on Wednesday Mr. Fuseini revealed on Accra-based Starr FM that the equipment that had been hidden in Mr. Amewu’s office was presented to him as a gift.

He said a private citizen – named only as Haruna – who was working with a private security company presented the equipment to him at a time concerns were being raised about his personal security in the wake of his fight against illegal mining.

Although he claims the equipment was not working when it was installed, that is yet to be corroborated by the state security agencies who found the device.

Nii Osah Mills, the Minister who took over from Inusah Fuseini and spent two and half years in office has expressed dismay following the revelations.

He could not believe all his days and nights in office were under the watch of a secret camera.

“I feel naked,” he said.
Speaking on current affairs programme, PM Express on the Joy News channel (Multi TV) Wednesday Dr. Eric Oduro Osae said the former Minister and Tamale Central MP’s explanation that he failed to mention the device because it was not functioning beggers credence.

Dr. Oduro Osae has admonished other public office holders to take a cue from the incident and take the preparation of handing over notes seriously.

“Whichever office you occupy, remember one day you will leave that office because it is a public office. When you are leaving make sure you prepare handing over notes,” the governance expert advised.

Dr. Oduro Osae also added his voice to calls on government to find alternative sources of livelihoods for the sacked illegal small-scale miners.

He has urged government to put in place a short to medium term strategy to support the hundreds of artisanal miners who would lose their jobs as a result of the anti-galamsey campaign.

He suggests that government should secure an arrangement with big mining firms to absorb miners affected by the campaign.

Thousands of hectares of lands have been ravaged and forests depleted by young men engaged in unregulated and dangerous mining practices.

The government of President Nana Akufo-Addo says it is determined to end illegal mining no matter the political costs.