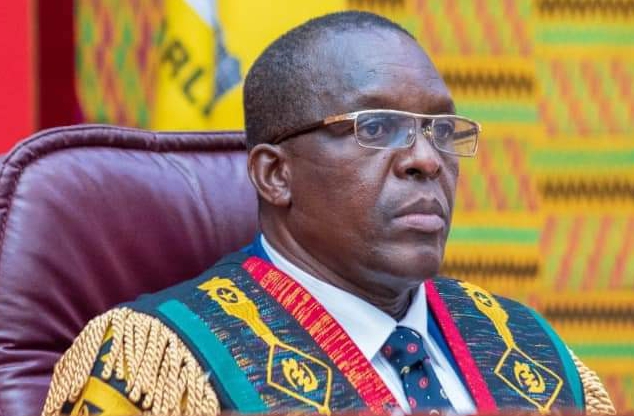 The Electoral Commission (EC), the National Identification Authority (NIA), and other state institutions have been cautioned until they brief the Speaker of the Parliament (pre-laying meeting), no instrument will be allowed to be laid in the House.

Speaker of Parliament, Alban S.K. Bagbin, who gave the warning, indicated there is a misinterpretation and misunderstanding of the concept of the independence of the various state institutions or arms of government as stated by the 1992 Constitution to be independent.

He indicated anybody unsatisfied with his directive could proceed to the Supreme Court.

“When a matter comes before Parliament, that is the performance of our function so you cannot, therefore, say they are not subject to the control of anybody including the institution of Parliament,” he stated.

The Speaker gave the ultimatum on Friday, October 28 during presentation of the Business Statement for next week when Deputy Minority Whip, Ahmed Ibrahim, raised concerns about the failure of the Business Committee to programme the EC and NIA reports for presentation during the week as agreed on earlier.

According to him, these reports should have been programmed and debated so Parliament can invite the EC and the NIA to brief the House.

The Whip indicated that the Special Budget Committee, which was proposed to meet the Commission and the NIA has done its duty and must present its report to enable the House to invite these institutions to deliberate on matters of concern.

Commenting on the matter, however, Speaker Bagbin indicated that Parliament is not subject to the control of any arm of government or institution of the state in the performance of its duties.

He averred that the independence of the other arms of government and some state institutions as spelled out in the Constitution is only in the performance of their functions.

He said, “So please, the EC, the Bank of Ghana, and the judiciary should note that their independence doesn’t mean it has ousted Parliament from performing its functions.”

“So if they come to the house, the proper thing must be done; both procedural and substantive law must be followed.”

“And I will not allow any such instrument to be laid in this House until I am briefed and I think that is a proper thing to do together with the House to make sure the right is done in accordance with the provisions of the Constitution.”

The Speaker stressed it is in the interest of these institutions and arms of government to proceed to have the pre-laying meetings, not only with Committees but also with the leadership of the Parliament before anything can be submitted and captured by the Order Paper.