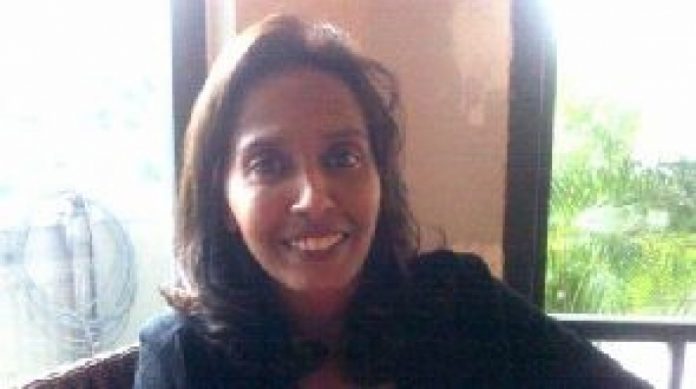 Irene Clennel was being held in a Scottish detention centre, but has now told the BBC she has been sent back to her country of origin without warning.

Mrs Clennel had been living near Durham with her husband before being detained, and has two British sons, as well as a granddaughter, in the UK.
The Home Office said it did not comment on individual cases.
Woman faces deportation after 27 years

Mrs Clennel told the BBC she was put in a van and taken to the airport from the Dungavel Detention Centre in South Lanarkshire on Saturday.
She had been held at the facility since the start of February.
She told the BBC she was unable to contact her lawyer and did not have the chance to get any clothes from her home.
Detention centre

Mrs Clennel was being held in the Dungavel Detention Centre in South Lanarkshire.

Mrs Clennel was given indefinite leave to remain in the UK after her
But periods spent back in Singapore caring for her elderly parents appear to have invalidated her residential status.

She says she has made repeated attempts – both in Singapore and in the UK – to re-apply for permission to live with her husband.
Mrs Clennel says her husband is in poor health and she has become his principal carer.

A Home Office spokesman said: “All applications for leave to remain in the UK are considered on their individual merits and in line with the immigration rules.

“We expect those with no legal right to remain in the country to leave.”
The charity Migrant Voice says a campaign is starting to bring her back to Britain.

Director Nazek Ramadan said her case was “yet another example of how arbitrary policies tear apart families and ruin lives”.

What will China look like in 15 years? Beijing has a plan

US Election 2020: The other 1,214 candidates running for president