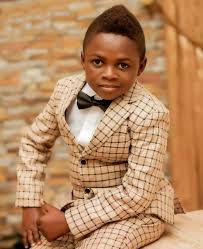 Kumasi-based actor, Yaw Dabo has urged operators of local flights to consider using local as their main mode of communication before and after flights jet off and lands.

The comic actor, who was in the news recently for being an irresponsible father, an allegation which turned out to be false, said it is very wrong that a country which has a lot of very great dialects will always rely heavily on foreign languages to talk to passengers on a flight.

He cited an example with some international flights stating that a country like France will see the air hostess speaking the French language first before the person translates whatever she said into the English Language. This he believes should be adopted in Ghana too.

Yaw Dabo noted that the use of local language could prevent accident and that’s why he’s passionate about this subject.