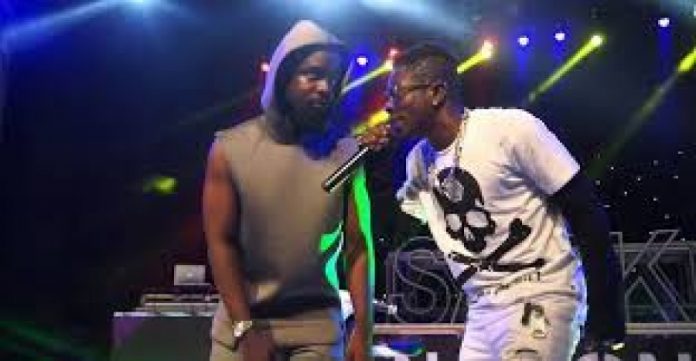 Shatta Wale had blamed Sarkodie for allowing his brand to be belittled by some Nigerian artistes at the One Africa Music Concert which was held in Dubai on 16th November, 2017.

Sarkodie, in his reply jokingly wrote in Twi that “Nii wo kasa dodo lol agoro wo wani so,” which translates as “Nii, you talk too much, you are not serious.”

Sarkodie refused to perform at the concert because anytime he was called to perform either Wizkid or David, came on stage to perform when they were not called by the host.

Reports say when Sarkodie was about to mount the stage to perform, one of Davido’s guys pushed his DJ, to make way for Davido to rather perform.

This irked Sarkodie and his team, hence his decision not to perform at all.

He later sent a message to his fans, to inform them that he did not perform as he had earlier told them.

According to Shatta Wale, Ghanaians have allowed Nigerians too much space in the Ghanaian music industry and that has affected the Ghanaian artistes in various ways.

He believes Ghanaian artistes are better than Nigerian acts and should be respected.