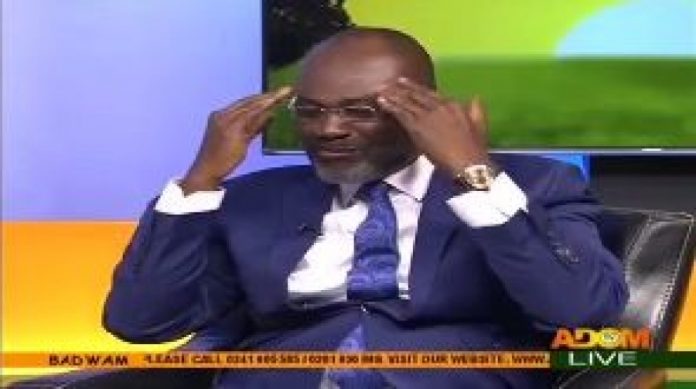 From likening his cheeks to ‘bofrot’ to cautioning him to pay more attention to his health, Mr. Agyapong this time around has described Omanhene as one with myopic mind.

The morning show host could simply not fathom why the legislator and staunch member of the ruling New Patriotic Party could go shopping in the United Kingdom when Vice President Dr Mahamudu Bawumia had been flown to the same country on medical leave.

“You know the problem you have? I know you wake up early but you also need to exercise in order to free your mind. Instead, you’ve bought a heavy food and upon realizing I was around, you made them hide it in the other room while following it like a rat that has sighted a palm kennel. So as you sit here, your mind is on the food,” was Mr. Agyapong’s response as he posited that he never erred.

Dr. Bawumia left Ghana for the UK on January 19 on medical leave after the Presidency indicated that he had taken ill earlier in the day and was undergoing medical checks.

It was reported in the Herald newspaper that Mr. Agyapong, who was in London to attend a memorial service of Joseph Ayi Ankrah, father to Ray Ankrah, the Financial Secretary of the New Patriotic Party (NPP) in the United Kingdom (UK) tried to visit Dr. Bawumia, but was not allowed.

While refuting the claims by the Herald newspaper that he was not allowed to see Dr. Bawumia, the legislator said he did not visit the said hospital, talk of being prevented from seeing him.

According to him, even if he was aware of the situation, it would not have been out of place to go shopping because Dr. Bawumia needed rest because he’s been working very hard.