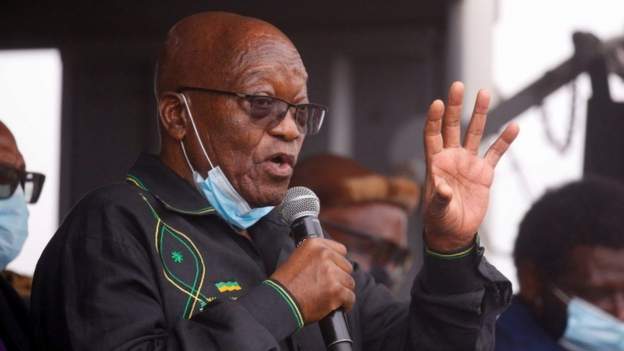 Former South African president Jacob Zuma has been granted permission to attend the burial of his younger brother, Michael, who is set to be buried on Thursday afternoon.

Mr Zuma does not have to wear prison uniform while on the “compassionate leave”, with Mr Nxumalo noting that inmates need not be in uniform when out of jail.

The former president is currently serving a 15-month sentence in prison for contempt of court.

His jailing sparked unrest in his home province KwaZulu-Natal and Gauteng – where more than 200 people died and hundreds of shopping centres and businesses were ransacked.

Zambia deploys army to curb violence ahead of polls