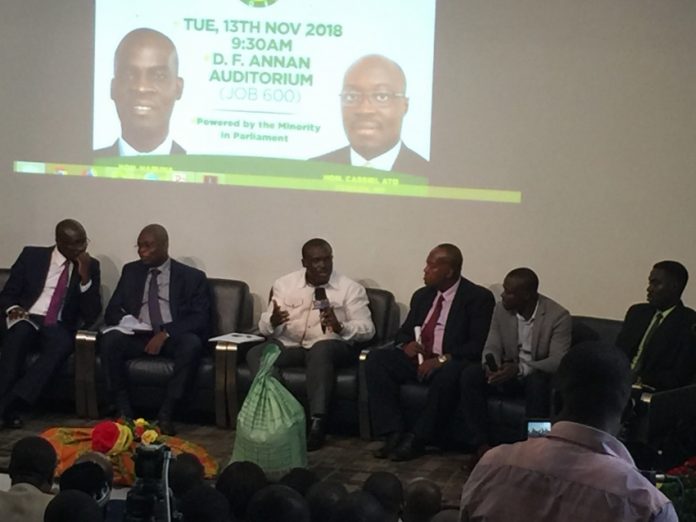 These new taxes according to the minority led by its ranking Member of Parliament Finance Committee, Cassiel Ato Forson will be the finance ministry’s solution to bridging the gaping fiscal deficit.

“We know that government will introduce some form of tax. Obviously, the tax will happen because of the fiscal gap. Looking at the kind of expenditure that this government wants to heap on the economy and looking at the revenue — already the revenue is not doing well and the fact that they want to do a fiscal deficit not exceeding 5% — there is certainly a fiscal gap.

Mr. Forson said, for the government to close the fiscal gab, it has to introduce a tax measure, and there are signs on the wall that the NPP government will introduce some taxes, though he did not specify which taxes would be introduced.

According to Mr. Forson, the government has no options than to pile more taxes on Ghanaians.

“If you look at the options available, the reason why they may have to introduce a new tax is two: The first is that they will need a tax-handle to able to pay for their expenditure for some of their flagship projects; the second will be that they needed some money to able to deal with the financial sector troubles. So they will introduce a tax obviously to care of these two items. And so we expect it,” he said.

Attached is the full statement read by the former Deputy Finance Minister.