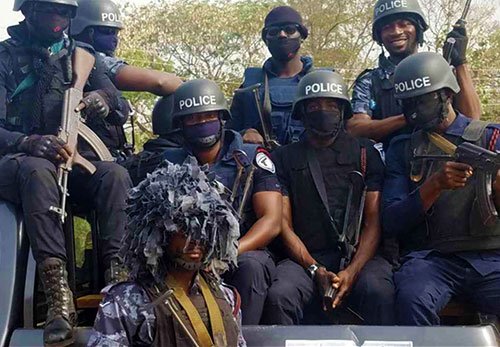 According to the Command, the published stories and videos that were circulated purporting to be incidents from the school were false.

It, therefore, called on the publishers to take down the articles and videos else it will subject these media houses to strict proof and failure to confirm same the Command will pursue the necessary available action.

A statement issued by the Ashanti Police Command indicated that on the night of 19 July 2021, at around 21:00 hrs, Police received a complaint from the Headmistress of Kumasi Girls SHS that the students were demonstrating and were destroying School property for which the Bohyen Police District and Suame Police Division responded to the incident.

“At about the same time students of St Louis SHS had also started agitating and the KNUST Police District and Manhyia Police Division also responded to that incident.”

“On the spot investigation indicated that the student’s agitation was due to the refusal of the School Authorities to allow them to go on a midterm holiday.”

“It is also untrue that the Military was involved in bringing the situation under control. The only Military Officers who were present at Kumasi Girls Secondary School were part of a joint patrol team who were close to the school and had gone there to verify what was happening,” the statement said.

According to the Command, in both cases, the Police were able to persuade the students to return to their dormitories and calm was restored in both Schools thereafter.

The respective heads of the schools, it said, have been to the Police to express gratitude for their prompt intervention and hence the Command finds it strange for anyone to report the contrary.

“The Command will like to assure the general public that we are very aware and alive to our Constitutional mandate and responsibility to respect the rights and freedoms of all citizens.”

“We shall endeavour to protect each and every person in the Region as well as their property. We remain committed to this course,” the Police statement said.

The Command assured the general public that the stories and videos are false, untruths and fabrication to bring the image of the Police Service into disrepute and strongly condemned the media reports.

The Police reminded the general public of its civic responsibilities, and implore each and every citizen to report anything they witness, know about and have heard that will assist in the investigations of any case/s, to please come forward and provide such information.