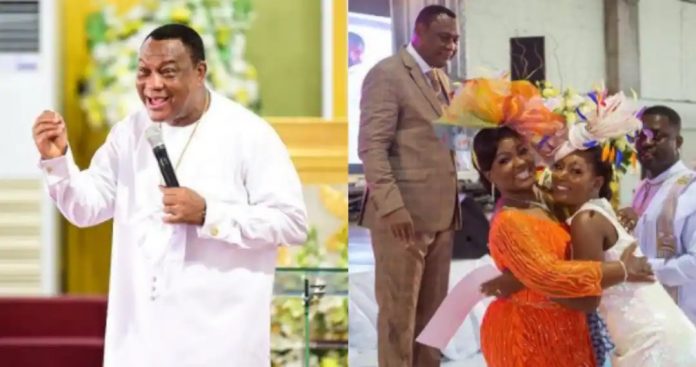 The Ghana Revenue Authority (GRA) has issued an invitation to Naa Dromo Korankye-Ankorah, daughter of the General Overseer of the Royal House Chapel, over a $US1,000,000.00 gift she reportedly received during her wedding.

According to the Authority, the invitation is part of a special compliance assistance program for the invitee to help make accurate disclosures of her income to the Commissioner-General of the GRA and avoid the imposition of penalties, interests and other sanctions.

The GRA, in a letter, stated that further checks have established Naa Dromo owns a business registered as an enterprise under the name NDKA star.

“Our records show that you have never filed your personal income tax returns to the GRA and that you have two taxpayer-identification numbers.”

The invitation follows reports that some friends of Naa Dromo Korankye-Ankrah presented a US$1-million-dollar cheque to her as a gift during her wedding ceremony which took place on July 10, 2021, and which made serious buss on social media.

The General Overseer of the Royal House Chapel International, Rev. Sam Korankye Ankrah has, however, established that the million-dollar cheque presented to his daughter is not real.

The Apostle General has therefore tasked the public to desist from giving themselves unnecessary pressure as the one-million-dollar cheque presented at his daughter’s wedding is only a dummy cheque.

Mr. Korankye Ankrah described the cheque as a ‘faith cheque’ and said; “They presented the dummy cheque of $1 million but people did not get the idea behind the presentation.”

“They thought it was real money. What these people are saying is that one day during occasions like these, they will be able to present a cheque of $1 million and that is the statement they are making.”

“I thank God that they are prophesying that one day, I’ll be able to gift my daughter 1 million dollars.”

“The cheque is a faith cheque. I am being very careful at the moment how to choose my words because I do not want to present them in a manner that looks like they are joking because what you think is fun today, will become a reality tomorrow,” he added.

It was widely reported that friends of the bride gifted her a US$1 million cheque during the wedding ceremony, which took place a little over a week, and this singular act has since caused a stir on social media.

Scores of individuals reacted to the presentation, which according to them is unprecedented, especially at a time Ghana has witnessed series of plush wedding ceremonies from influential homes.

To them, some of Ghana’s richest business moguls such as Dr. Osei Kwame Despite, Dr. Ernest Ofori Sarpong among others could not pull such an honourable act during the wedding of their children.