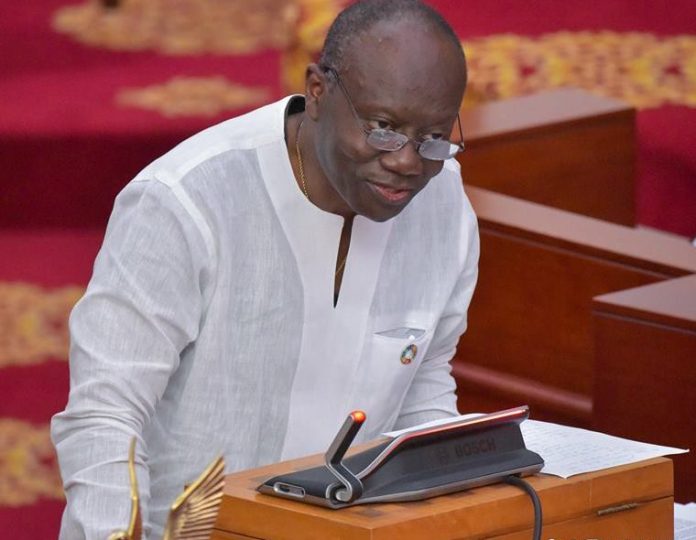 Minister of Finance, Ken Ofori-Atta, has tossed the controversial question on the travel cost of President Nana Addo Dankwa Akufo-Addo in May 2021 with a chartered luxury flight to the Minister for National Security.

According to the Finance Minister, the President’s domestic and international travels are matters of National Security and therefore the sector Minister is best placed to furnish the House with details of such travels.

The Minister was in Parliament on Wednesday 21st July 2021 to finally respond to the question by the member for North Tongu, Samuel Okudzeto Ablakwa, which has generated so much excitement.

The question was to ask the Minister for Finance how much the President’s recent official travels to France, Belgium and South Africa in May cost the Ghanaian taxpayer.

The Minister failed on a previous occasion to appear in the House to respond to the question thereby incurring the chagrin of the minority members.

Mr. Ablakwa indicated that the entire expenditure of the travel could have been used to fix a lot in the country and questioned why the presidential jet was abandoned despite being in good condition to rent a luxurious aircraft from Acropolis Aviation, a company based in the UK.

Incidentally, the Minister of Defence, Dominic Nitiwul, who also appeared on the floor of Parliament on June 16th June 2021 to respond to a related question, justified the government’s decision to hire the luxury aircraft for the President’s trip, which is alleged to have cost £15,000 per hour.

He, however, stoked controversy in his response when claimed President Akufo-Addo cannot even shower in the Presidential Jet.

He stated that the presidential jet, the Falcon, was therefore not conducive and presented many challenges when the President was embarking on his 10-day foreign travel.

Mr. Ofori Atta indicated that in line with the 2021 budget implementation instructions, the Ministry of Finance did not release any funds to the Chief of Staff, specifically for His Excellency, the President’s trip to France, Belgium and South Africa.

He said, “The current practice is that the Ministry of Finance releases quarterly funds to the Heads of Department, in this case, Office of Government Machinery, Chief of Staff for all the operational activities of the Office.”

“To facilitate the safe coordination of the President’s travels, domestic and foreign, the Office of Government Machinery and the National Security Secretariat work together to achieve this.”