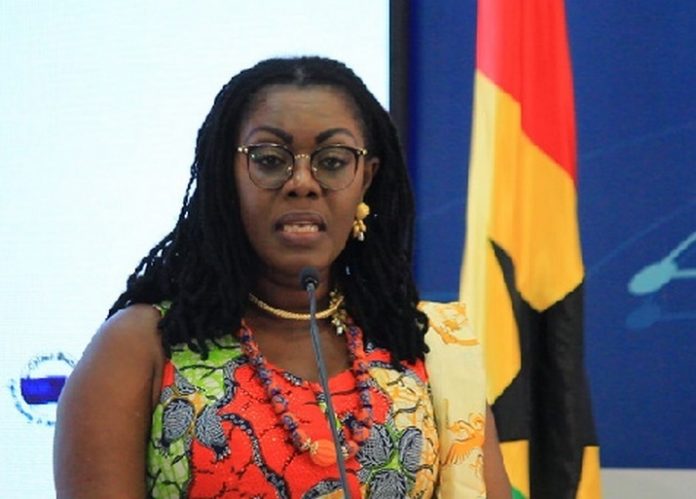 Minister for Communications Ursula Owusu-Ekuful has pointed accusing fingers at the Minority National Democratic Congress (NDC) for the current challenge in the SIM card re-registration exercise.

According to her, the Minority campaigned vigorously against the Ghana card registration exercise in 2018, which influenced many members of the party not to participate in the exercise leading to the current difficulty.

Contributing to the debate on the 2023 Budget in Parliament on Monday, the Minister argued that if some Ghanaians do not have the Ghana card today, it is because of the pronouncement of the NDC and the Minority in Parliament.

She said, “Our members on the other side actively campaigned and urged their members and Ghanaians to boycott the exercise and that is the fact.”

“If they had assisted the country to undertake this national exercise in the spirit of nationalism at the time, we would probably not have found ourselves in this situation.”

Mrs. Owusu-Ekuful stressed that if some people do not have the Ghana card because they listened to the Minority group, they only have themselves to blame.

She admitted there may be some Ghanaians facing genuine challenges with the Sim registration because of lack of access to the Ghana card but stressed majority of those without the card are those who listened to the NDC call for a boycott.

She challenged the Minority to rather support the government to address the problem they helped to create rather than continue making noise.