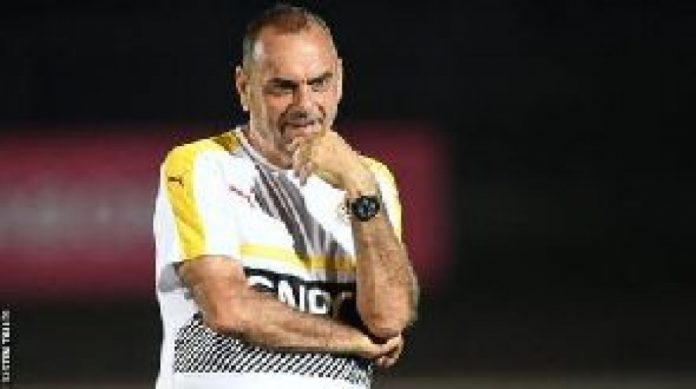 The former Chelsea manager told the Ghana FA on Tuesday that he’s unwilling to continue with 21 days left on his current deal.

The Under-fire Israeli is paying heavily for the country’s semi-final heartbreak in Gabon.

The Black Stars were knocked down by eventual winners Cameroon, losing 2-0 to the Indomitable Lions.

Grant, whose contract expires at the end of February, has stood down before being pushed.

The former West Ham and Portsmouth manager has finally quits more than two years in the role.

“After an extremely amicable meeting with the president of Ghana FA, and following more than two successful years in charge of the national team, I’ve informed Mr Nyantakyi that time is right for me to move on to a new challenge and I thank him for the opportunity,” Grant said.

“I’ve hugely enjoyed my time in Ghana taking over after the disastrous 2014 World Cup campaign and rebuilding the squad to reach the final in the African Cup of Nations for only the second time in 23 years, and also the semi final of this year’s competition.

“I’m proud of the fact that I’m leaving an extremely professional, strong squad of players of a good age, who I’m sure will go on to achieve great success in the future.

“The passion and loyalty of the supporters is something I’ll always remember.”

Grant took over as Ghana coach one month before the last Nations Cup in Equatorial Guinea and took the side to the final where they lost to Ivory Coast on penalties.

Grant’s future was up in the sky after the Black Stars disappointing fourth-placed finish at Africa’s flagship tournament.

His latest decision will come as little surprise as it was hugely imminent he will leave the job after failing to win the much-anticipated title.

The 61-year-old hinted in April last year that he will leave regardless what happens in the Nations Cup in Gabon.

Grant’s exit paves way for the Ghana FA to hunt for his successor.