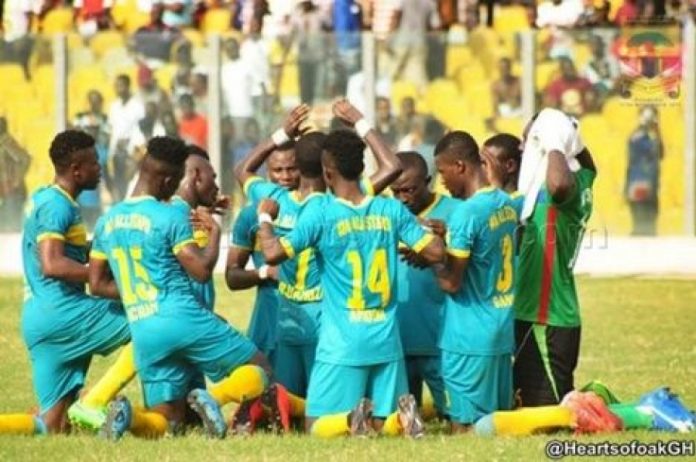 Ghana’s sole representatives in the Caf Champions League, Wa All Stars, got off to a poor start following a 3-1 home defeat to Libyan outfit Al Ahly Tripoli in the preliminary stage on Sunday.

Ali Tango, Muaid Ellafi and Mohammed Salto were on target for the visitors at the Tamale Stadium, while Emmanuel Ocran fetched the Ghanaians’ consolation.

On their debut season of continental football, All Stars were stung by Tango’s opener in the 21stminute.

Ellafi then scored the second for the away side in the 50th minute, before Ocran halved the deficit eight minutes later.

In the 63rd minute, Salto netted his second and his side’s third to put Ahly in good position ahead of the return fixture.

All Stars now have their job cut out for the second leg next weekend.