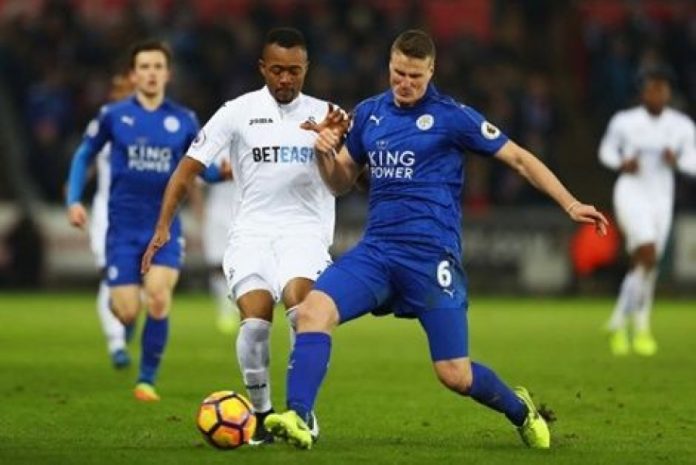 The Ghanian came off the bench in the 72nd minute to replace Spainard Fernando Llorente with the Swans leading 2-0.

The Foxes are now 17th in the Premier League, just a point above the drop zone, and have an ominous set of fixtures between now and May.

Alfie Mawson set the hosts on their way with a brilliant volley from Federico Fernandez’s header back across goal before Martin Olsson rifled home his first for the club, beating Kaspar Schmeichel at his near post.

For Leicester, it really is crisis time. The champions have now failed to register a goal in six successive games and over ten hours of football defeat meaning the Swans leapfrogged Claudio Ranieri’s side and Middlesbrough in the table.

After the fairytale thseason that saw them clinch the Premier league title, relegation is now a very real possibility. They are the first reigning champions to lose five consecutive top flight matches since Chelsea from February to March 1956. The Blues went on to finish 16th (out of 22).