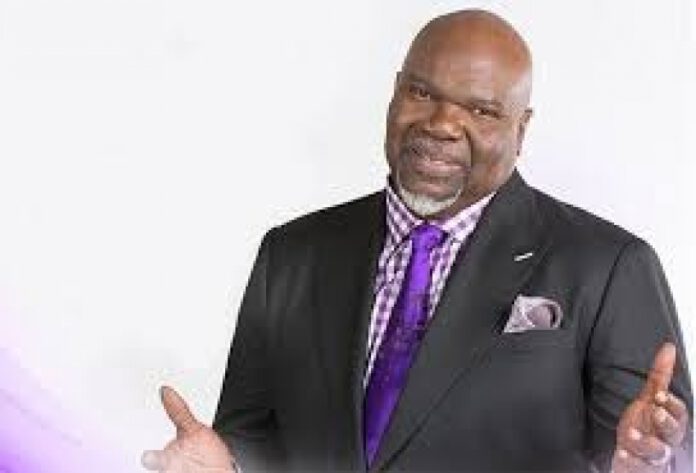 There is a lasting belief today that a Christian-run business is usually no different from a business run by an unbeliever.

It is often said that Christian business persons compartmentalize their faith, family, and business hence their Christianity does not resonate with his business.

But in response to JoyBusiness on where to draw the line in terms of being a successful businessman and at the same time a true believer, Bishop Jakes said, “It is difficult to walk in integrity but it is not impossible; the system is fighting you but that’s all the more reason why we need honest people doing business here because we need to break the system where we have adapted to corruption as normal.”

T.D. Jakes led a session of his world-famous Master Class for the first time ever in Africa.

With a focus on leadership, the event was organized as part of the Africa Business and Kingdom Leadership Summit (ABKLS). Bishop Jakes was joined by international journalist and former CNN anchor, Isha Sesay, as they discussed strategies to lead through both positive and challenging times.

ABKLS was founded in 2017 by Archbishop Nicholas Duncan-Williams of Action Chapel International and his wife Rosa Whitaker, former Assistant U.S. Trade Representative to Africa and current CEO and President of the Whitaker Group, as a platform to convene Africa’s business, faith and policy leaders.
The aim of the Summit was to drive conversations around innovative strategies and ground-breaking ideas with a focus on leadership development in order to drive Africa’s growth.

Also present at the event were Lisa Summerour, Executive Leadership Coach, and former Hollywood actress and External Advisor and Curriculum Developer, Dr Gail Whitaker who took their turn during an Open Coaching Session on the topic: the Greatest Lessons of Leadership.

The second edition of ABKLS brought together over two hundred global leaders, entrepreneurs and aspiring entrepreneurs for a day’s program that fostered innovation, strategic solutions and corporate/clergy connections across Africa.
It was on the theme, “Master Class Intensive: Next Level Leadership.”

In addition to the Master Class, a Youth Summit geared towards the younger generation took place on the same day for free.