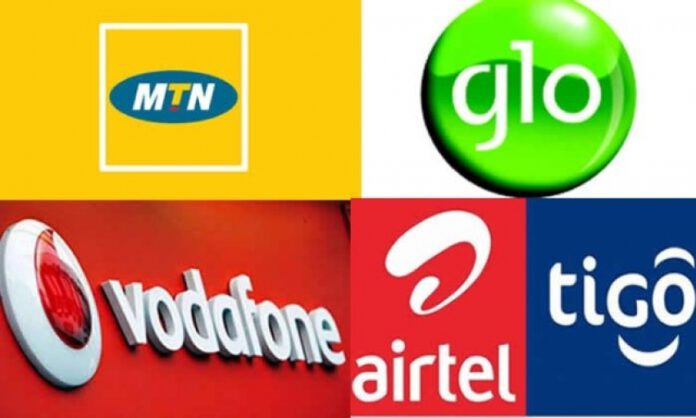 This is because the practice has given itself to abuse by fraudsters who patronise the cards to obtain false identifications, in order to perpetuate their criminal activities.

The call was made by Consumer Advocacy Center, the Ghanaian member of Consumer International, at a round-table discussion held in Accra on Friday to mark the 2019 World Consumer Rights Day.

According to the consumer advocates, street vendors who act as agents of the telecommunication companies are busily engaged in the sale of pre-registered SIM cards and do activate same to enable such cards engage in Mobile Money transactions, in sharp contrast to the laws governing SIM card registration.

The President of the Consumer Advocacy Center, Prof Gosky Alabi provided video evidence during her presentation to confirm there is an ongoing practice where network providers and their agents are violating the Subscriber Identification Module (SIM) Registration Regulation (L.I. 2006).

The law requires that subscribers do provide their personal details including residential address, occupational address, date of birth and national ID card, all at the point of registration. Sub-regulation 2 Clause 2 of L.I. 2006, states: “A subscriber shall, for the purpose of regulation of the SIM, furnish the network operator or service provider with the following information:
(a) the name and residential or occupational address of the subscriber.
(b) the date of birth, etc
(c) an identification document.”

Prof Gosky argued that there is widespread abuse of the law regulating SIM card registration and therefore recommended that the telecommunication companies withdraw their SIM cards from their street vendors and sell such cards, only at their designated offices.

She went further to request, that the telecom service providers make copies of documents provided by subscribers for registration, in order to help authenticate the validity of such identification cards.

The Head of the Cyber Crime Unit of the Ghana Police Service, Dr Herbert Gustav Yankson agreed with the Consumer advocates and went further to demand that the Bank of Ghana steps up its oversight over the Mobile Money segment of the telecommunication platform.

He bemoaned the increasing trend in Mobile Money fraud, even as the Telcos are yet to find an antidote to the phenomenon.

The Consumer and Corporate Affairs Manager at the National Communication Authority (NCA), Mr Abed Bandim, confirmed the authority’s awareness of the abuses and mentioned several engagements his outfit has had with the Telcos in a bid to eliminate fraudulent registration of SIM cards.

Stakeholders disappointed at Telcos no show

At the forum, various stakeholders expressed disappointment that the telecommunication network providers did not send representation for the interface.

The Public Affairs Manager of the Ghana Standards Authority (GSA), Kofi Amponsah-Bediako, in particular, asked the media to demand explanations from the telecom companies who failed to attend the roundtable discussion.

Chief Superintendent Yankson expressed worry over the absence of the Telcos on his who lap the findings by the Consumer advocates squarely fall and who need to admit the shortcomings and resolve to collaborate with other stakeholders to correct the situation.

Agreeing with the position of EOCO on the incontrovertible nature of the evidence presented, Mr. Amponsah-Bediako felt that the findings by the Consumer Advocacy Center is mind blowing and therefore, requires immediate action on the part of regulators and the Telcos to help protect consumers and confidence in the industry.