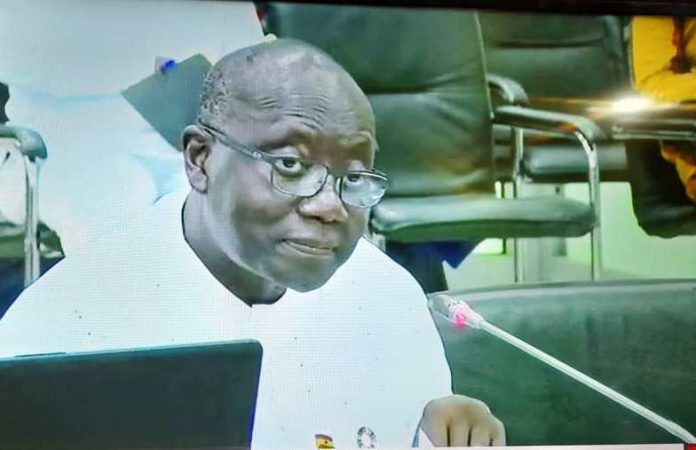 Finance Minister Ken Ofori-Atta has stated delay in the passage of the Electronic Transaction Levy (E-levy) in the 2022 Budget by Parliament prompted negative market reactions to the Ghanaian economy.

This, he said, negatively impacted market confidence and largely contributed to the downgrade of Ghana’s sovereign credit ratings in January 2022 that resulted in a whole deterioration of the financial conditions for Ghana and closing the country’s access to the international capital markets (ICM).

According to him, the country’s financing resources narrowed significantly leading eventually to the depreciation of the cedi, which cannot be overlooked.

He stressed this implies the Cedi will continue to be under pressure.

The Finance Minister was responding to ground seven as contained in the Vote of Censure Motion filed by the Minority when he appeared before the Parliamentary Committee on Friday, November 18 to lead evidence in his defense.

He pointed out that the timeline during which the country fell into economic difficulties cannot be ignored and argued it is time to have an honest national conversation on the patterns of expenditure and also for Ghanaians to reconsider their preference for imported goods that require foreign exchange the country does not have enough of.

The government, he said, is compelled to resort to the International Monetary Fund as a lender of last resort to not only address the immediate and active balance of payment need and also protect all the macro and social policy gains made in the last five years.

He said, “Undoubtedly, the last few months have seen considerable economic uncertainty and challenges. These have been characterized by high inflation levels and rapid depreciation of the cedi.”

“Indeed, the economic challenges we are facing require deliberate but urgent, well thought out, strategic steps as well as the support of the Ghanaian people.”

The Minister assured of some bright spots in spite of the uncertainty and indicated the overall growth outturn of 3.4% and 4.8% in Q1 and Q2 respectively and coupled with modest improvements in the fiscal position suggests the economy is gradually on the upswing despite the numerous shocks that have been faced over the past two years.

According to him, this progress has given the economy a solid foundation to confront the challenges ahead.

Mr. Ofori-Atta assured the government is highly attuned to the risks that still remain and stressed the Ministry of Finance is committed to working alongside all stakeholders including Parliament to ensure the Ghanaian economy is repositioned back on a path of growth and prosperity.