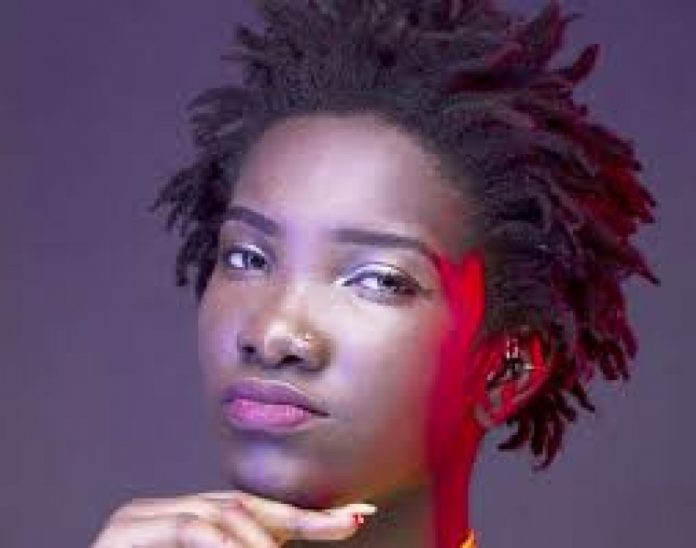 The Awards ran by Bull Haus Entertainment considered works done in 2016. A year that Ebony had just one hit song – ‘kupe’ making it difficult for some pundits to extrapolate the performance of the song to her award.

But 2017 is a great year for Ebony. 90s bard Gyal is proving she is worth every single hype with the best of her music videos.

Ebony Reigns who is signed to RuffTown Records / Midas Touch Inc released “Hustle” which features her label mate Brella. The song which talks of the daily struggles in life and how to make ends meet has already hit the 1million view mark on Youtube.

Directed by Mickey Johnson and shot at James Town, Accra, the video has much of dance craze and the major focus which is market women are not excluded as they took turns to show off their dance moves in the video.

Following up with another pressing issue affecting women in the Ghanaian society and the world over is “Maame Hw3”. With the power of her voice, the young and talented dancehall superstar preaches the need to protect women.

In the song, she talks about a lady in an abusive relationship whereby the man keeps inflicting pain on her day in day out.

BEST DANCEHALL VIDEO OF THE YEAR

BEST REGGAE VIDEO OF THE YEAR

DANCEHALL SONG OF THE YEAR

Talk To Me – Stonebwoy ft Kranium

REGGAE SONG OF THE YEAR

DANCEHALL COLLABORATION OF THE YEAR

REGGAE COLLABORATION OF THE YEAR

Nobody Else – MzVee ft Black Prophet

ALTERNATIVE SONG OF THE YEAR

ALBUM OF THE YEAR

SONGWRITER OF THE YEAR

PRODUCER OF THE YEAR

MALE VOCALIST OF THE YEAR

FEMALE VOCALIST OF THE YEAR

BEST PERFORMER OF THE YEAR

REGGAE ARTISTE OF THE YEAR

DISCOVERY OF THE YEAR

RIDDIM OF THE YEAR

BEST INTERNATIONAL ACT OF THE YEAR